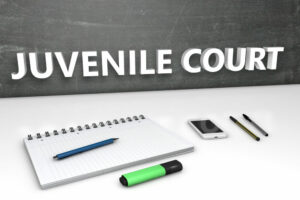 Family court judges have broad, but not unlimited discretion in handling juvenile delinquency matters. Typically, that discretion concerns what is in the best interest of the juvenile defendant and the public. Regarding procedural issues, the Court Rules dictate certain organizational matters, but absent a procedural rule, judges have ample discretion to run their courtroom, including the order in which a court hears motions. If you are in need of assistance with your child’s defense in a juvenile case, we encourage you to contact our lawyers at The Tormey Law Firm for immediate assistance. We are here to provide you with thorough guidance and defend your minor’s innocence when facing criminal accusations in juvenile court or adult criminal court. Our attorneys defend juveniles charged with everything from petty offenses like juvenile disorderly conduct to severe indictable crimes such as juvenile aggravated assault and possession of a weapon by a minor, including those that are waived up to adult court where the juvenile faces more severe penalties. Call (201)-556-1570 for a free, confidential consultation.

What Motion is Heard First in a Juvenile Case in NJ Family Court?

As to which motion comes first, a motion to suppress or motion to waive jurisdiction to the criminal court, the Supreme Court of New Jersey ruled that Family Court judges decide which motion to hear first and are not bound to prefer hearing a motion to suppress first. In the case of State in the Interest of E.S., the question for the Supreme Court was whether the Family Court’s choice of which motion to decide first was an abuse of discretion and a violation of the juvenile’s due process rights. The case concerns the arrest of E.S. and A.J. after they allegedly brandished handguns at police officers’ vehicles. The police arrested both and found a semi-automatic pistol on E.S. As the trial court noted, unlawfully possessing a firearm, when committed by an adult, is a second-degree indictable crime.

A.J.’s case went to the criminal law court and E.S.’s case went to family court for juvenile proceedings. E.S.’s attorney filed a motion to suppress the gun, as did Johnson’s attorney, and the state filed its waiver motion two weeks later. The Superior Court heard the waiver motion first. The defense filed its appeal, alleging it was an abuse of discretion to hear the waiver motion first. The Appellate Division ruled in favor of the Superior Court but noted that the family court should generally prefer to hear suppression motions before waivers.

How Does the Order of Motions Impact a Juvenile Case?

According to the defense, the crux of the disagreement lies in the probable outcome of the order. The suppression motion sought to prevent the state from using the gun seizure evidence in its case against E.S. Without the gun, the state may not have enough evidence to convict E.S. of a crime, thus making the waiver motion moot or obsolete. Ruling on the waiver motion first would appear to put the chicken before the egg since the state must use the gun evidence to make its waiver case, which the defense argued would give the state an unfair advantage and deprive the juvenile of due process. The state’s position is that the waiver is a jurisdictional issue (juvenile or criminal court), and the trial court should decide it first.

After noting that both the criminal and family courts can decide suppression motions and both parties have equal rights to appeal, the Supreme Court affirmed the Appellate Court decision, excluding the preference for suppression motions going first. More importantly, the Court left the decision of which matter to hear first to the Superior Court, confirming that trial courts have discretion to determine which motion should go first given the context of the case before it and their calendars. The Court then offered examples of contexts that would affect a decision one way or another. In the context of E.S., the Appellate and Supreme Courts pointed to the adult co-defendant’s motion to suppress the fruits of an unconstitutional search and seizure in the criminal court. As such, the Superior Court’s decision was not an abuse of discretion.

The Role of Probable Cause

In reviewing the waiver process, outlined in N.J.S.A. 2A:4A-26.1, the New Jersey Supreme Court confirmed that a juvenile in a waiver proceeding has the constitutional rights to a hearing, counsel, reasons for a court decision, and a defense based on evidence, including testifying. However, a juvenile does not have complete due process guarantees regarding the admissibility of evidence at a juvenile waiver hearing. Strict adherence to the rules of evidence is not necessary for establishing probable cause for waiver purposes. Ultimately, the Supreme Court ruled that the order of waiver and suppression hearings does not abridge a juvenile’s due process rights.

The state must bring a waiver motion within 60 days of the complaint and prove the juvenile was at least 15 years old when they committed the alleged criminal act and probable cause to believe the juvenile committed the crime that would be significant if committed by an adult. The belief underpinning probable cause must be well-grounded. However, other factors weigh in on whether a juvenile is tried as an adult, such as their criminal history, sophistication, and maturity. The Court noted that waiver motions are within the Family Court’s expertise and routine matters it handles and so deferred to the Family Court for its decision.

How can an Attorney Use this when Handling a Juvenile Case in New Jersey?

For New Jersey, this case helps juvenile defense lawyers pinpoint arguments for sequencing when facing dual motions in the family court. So, when relevant factors the Supreme Court outlined in State in the Interest of E.S. arise, attorneys may emphasize those argument points and anticipate the state’s objection more clearly. Thus, when unlawful evidence seized by the police plays a significant role in determining probable cause and eventual conviction, a juvenile attorney may rely on this recent Supreme Court case to persuade a judge to hear a suppression motion before addressing jurisdiction. And because E.S.’s co-defendant’s suppression motion played a role in the court’s fact analysis, a savvy defense lawyer may distinguish their case from E.S.’s when no such co-defendant suppression motion exists, but police violations in seizing evidence do exist.

The Supreme Court did not adopt a clear, bright line rule about the sequencing of motions to suppress and waiver of jurisdiction, but it did clarify what a Superior Court should consider when controlling their calendar. In other words, a court decision that does not weigh those factors may find their ruling appealed. So, while the Court deferred to trial courts and their courtroom control, it did not give Juvenile Court judges carte blanche to ignore the effects of suppression motions on the outcome of a case and a waiver ruling in juvenile matters.

Informed and proactive juvenile attorneys such as ours at The Tormey Law Firm stay up to date on the latest developments in criminal and juvenile law in order to capitalize on rulings, laws, and court decisions that we can use to help our clients. If your child faces serious juvenile charges, get ahead by contacting a juvenile defense lawyer at our New Jersey criminal law firm who is experienced in all aspects of juvenile law. Call (201)-556-1570 o speak with one of our attorneys at no cost. The consultation is available anytime and completely confidential.