Failure to Install or Tampering with an Ignition Interlock Device

Arrested, Charged with Tampering with Interlock Device in New Jersey 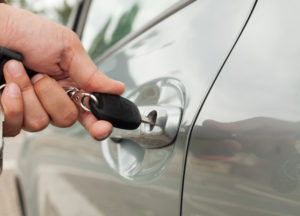 Have you been arrested and charged with a criminal complaint for failure to install an ignition interlock device on your motor vehicle or tampering with the interlock device that was installed in your car? We can help. The experienced lawyers at the Tormey Law Firm have literally been involved in thousands of DWI cases over the years including issues related to charges regarding an ignition interlock device. Contact our offices anytime for immediate assistance and a free initial consultation at 201-556-1570.

Penalties for Driving Without an Interlock Device

Under New Jersey’s reformed DWI law, if a person is convicted or pleads guilty to driving while under the influence of alcohol, he or she is required to install an interlock device in their vehicle.  N.J.S.A. 39:4-50.  If you own multiple cars or have access to more than one car, the device is only required to be installed in your principally operated vehicle.  To ensure compliance, the individual must submit a form to the court that certifies which vehicle the device will be installed in.  Additionally, the court will inform the Motor Vehicle Commission about the imposed sentence and in turn, the Commission will issue a new license.  The new license will contain a notation that informs the police that the driver must have an interlock device installed in their car.  The installation of the machine costs approximately $100 and there is a rental fee that is a little less than $100 per month.

If a person fails to install the device and is caught driving, the Court will suspend the offender’s license for a year, on top of any previously ordered suspensions and other penalties ordered by the Judge.  N.J.S.A. 39:4-50.19.

Penalties for Tampering or Circumventing the Interlock Device

The purpose of the interlock device is to prevent intoxicated individuals from driving their car.  To accomplish this goal, the contraption is installed into a person’s vehicle and in order for the car to start, the driver must blow into the machine.  If the device determines that the person consumed alcohol, the car will not start.

Nonetheless, the machine can easily be circumvented by having a sober passenger blow into the device. Also, the convicted driver can install the device in one car and then drive a separate vehicle.  Additionally, it is also possible to tamper with the machine and manipulate the software so the engine turns on regardless of a person’s blood alcohol content.  Our lawmakers are well aware of the interlock device’s limits and consequently, enacted criminal penalties for anyone, not just the driver, who attempts to evade or bypass the device.

The controlling statue, N.J.S.A. 39:4-50.19, outlines three separate types of conduct that if committed, would be deemed a violation of the statute.    The first section prohibits any person from blowing into the device or otherwise starting the motor vehicle for the purpose of providing an operable car for an individual who has been ordered by the court to install the interlock device.  The second part reads, it is unlawful to tamper or in any way circumvent the operation of an interlock device.  The third section provides that it is illegal for any person to knowingly rent, lease, or lend a vehicle not equipped with the interlock device to a person who has been ordered to install the device.

A violation of the statute is considered a disorderly persons offense.  A disorderly persons offense is a criminal offense and therefore, if convicted, the individual would have a criminal record.  Moreover, the court can sentence the violator to jail for 6-months, or place the person on probation between 1 to 5 years, and can impose a $1000 fine.

What is the Interlock Device?

The Interlock Device is a tool used to measure a person’s blood alcohol content.  Very similar to a breathalyzer machine.  The device itself is approximately the size of a cell phone and contains a mouthpiece towards the top.  It is connected to the vehicle’s steering column and requires the driver to blow into the machine before the car will start.  If the driver blows into the device and it determines that the person’s blood alcohol content is below a .05 %, the engine will turn on.  If the percentage is higher than .05 %, the vehicle will not start.   Additionally, following the initial breath sample, the driver must continue to provide periodic breath samples while the car is being driven.  If another sample is not given, the device will make a record, which is reported to the DMV, which in turn, will report the violation to the Court.  On top of that, the device will also set off an alarm for the police by honking the vehicle’s horn and flashing its lights.  The device will not turn off the car because that may create a hazard for other vehicles on the road as well as the driver or any other passengers in the car.

Why is the Interlock Device Required to be Installed?

Prior to December of 2019, the predominate penalty for DWI offenders was suspending their license.  For first time violators, the court could suspend a person’s license between 3-months and a year, depending on their level of intoxication.  For second time offenders, the suspension increased to 1-2 years.  For third or subsequent violators, the court would take away a person’s license for 10-years.    Additionally, it’s important to note, the court was mandated to suspend a person’s driving privileges.  It did not matter the underlying circumstances of the case or the driver’s personal background.  The Judge had no choice, he or she had to take away a person’s driving privileges.  There were no permitted exceptions to the suspension requirement.  Meaning, there were no conditional licenses that would permit a person to drive to work or allow a person to drive someone to the doctor.  Therefore, if you were convicted of drinking and driving, you could not drive in New Jersey under any circumstances.  On top of that, our legislatures enacted strict penalties that required mandatory jail for anyone caught driving while their license was suspended.

Nevertheless, studies showed that people did not follow the law and they continued to operate their vehicles and worse of all, they continued to drive drunk.  As such, New Jersey decided to change its approach. Further, according to a study conducted by the Insurance Institute for Highway Safety, in States where they required the interlock device for drunk drivers, the amount of fatal crashes caused by drinking and driving was reduced by 16 percent compared to other States that did not mandate the installation of the device.   The study further provided that the device has prevented more than 73,740 drunk drivers from operating their car over the past 11 years.   As a result of this finding, our lawmakers believed it was best to reform our DWI statute and utilize the interlock device as the State’s primarily means to prevent drunk driving.

If you or someone you know has been cited related to an ignition interlock device and failure to comply with NJ laws, contact our experienced lawyers now for a free consultation.