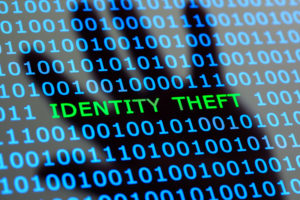 Accused of Identity Theft in NJ

It is illegal to steal someone else’s identity in New Jersey, and these charges extend far beyond what you would typically associate with identity theft. Using someone else’s name, social security number, birth certificate, or other form of identification can actually land you in prison for years. The consequences of a conviction for identity theft can also include thousands of dollars in fines and restitution payments to the victim. On top of these immediate effects, a criminal record can haunt you for years to come, disqualifying you as a candidate for any number of future opportunities. If you’ve been charged with identity theft, it is vital to have an experienced attorney on your side who can aggressively combat these serious allegations. At The Tormey Law Firm, our skilled New Jersey criminal defense lawyers have successfully fought for thousands of clients in criminal cases throughout the state. To speak with a member of our team today about building your best defense for identity theft, call (201)-556-1570 or fill out our online form to arrange a free consultation about your case.

What does Identity Theft Mean in NJ Criminal Law?

Criminal charges for identity theft in New Jersey are a violation of the Wrongful Impersonation Statute, which can be found in Section 2C:21-17 of the New Jersey Code of Criminal Justice. This statute, entitled “Impersonation; theft of identity; crime,” explains the various forms of conduct that are considered identity theft under New Jersey Law, which include stealing someone else’s credit card or bank account information, using their driver’s license or gun license, falsely presenting their birth certificate or passport, or any other use of another person’s personal information to perpetrate fraud. According to N.J.S.A. 2C:21-17, you may be convicted of identity theft for:

Under this section, a “benefit” includes, but is not limited to, any property, monetary amount, services, monetary amount sought to be avoided, or any injury or harm perpetrated on another person where there is no monetary value.

It is important to note that using someone else’s ID to purchase or otherwise obtain alcohol is not a violation of the above statute.

What are the Punishments for Identity Theft in New Jersey?

According to New Jersey’s Identity Theft Law, the monetary value of the goods or services or material benefit derived through identity theft, how many victims there are in a specific case, and the prior record of the defendant, will determine the degree of the charges for identity theft and the penalties associated with a conviction.

Specifically, identity theft is a fourth degree crime if it is the defendant’s first offense, there is only one victim, and the benefit derived is valued at less than $500. Penalties for fourth degree ID theft include a maximum of 18 months imprisonment and a fine of up to $10,000. Charges for third degree ID theft apply if there are between two and four victims and the benefit derived is valued between $500 and $75,000. If convicted of third degree identity theft, you could be sent to prison for 3 to 5 years and be fined up to $15,000.

Identity theft becomes a second degree crime when there are five or more victims, the person obtains a benefit valued at $75,000 or more, or the defendant fraudulently presents themself to obtain a government document or ID. Being convicted of second degree ID theft means you could be sentenced to a term of incarceration ranging from 5 to 10 years as well as a maximum fine of $150,000.

Having someone else’s personal identifying information without authorization if a fourth degree crime; however these charges can be enhanced if you possess more than one person’s information. You can also be charged with trafficking personal identifying information for selling it or offering it for sale. These charges are extremely serious and may be charged as second degree or third degree crimes depending on the number of victims.

In many cases, a person who is facing charges for identity theft will be charged with companion offenses, such as credit card theft, credit card fraud, prescription fraud, theft of services, forgery, and theft by deception. Whether you have been charged with one identity theft crime or are facing a lengthy indictment with numerous criminal charges, it is vital to have an experienced criminal defense lawyer presenting the most vigorous defense on your behalf. To speak with a New Jersey ID theft defense attorney free of charge, call The Tormey Law Firm today at (201)-556-1570. You can also fill out our online form to arrange a free consultation at our New Jersey office near you.

How Common is ID Theft in New Jersey?

You can read more about identity theft by accessing the following resources: