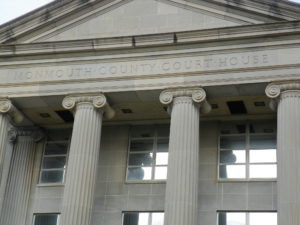 Another Temporary Restraining Order (TRO) dismissed by the Tormey Law Firm this week, this time in Mercer County. Our office represented the Defendant in this matter who was alleged to have harassed her ex-boyfriend through text messages, emails and withholding certain personal items. However, once our office was able to obtain a copy of the TRO it became apparent that the plaintiff was less than forthcoming when they testified in order to receive the TRO against our client. Once the client was able to provide us with copies of the alleged text messages, phone records and emails, it was obvious that the restraining order was obtained by the plaintiff as a mechanism to actually harass our client. When we appeared in the Mercer County Superior Courthouse, which is located at 175 South Broad Street in Trenton for the first listing, several key inconsistencies were addressed on the record and an adjournment was granted so that we could obtain additional information.

If a Final Restraining Order (FRO) was actually entered against our client, it could have drastically impacted her future, including her employment. These final restraining orders are permanent in New Jersey and never expire. The defendant would be fingerprinted and placed into a NJ database for domestic violence offenders. In addition, she would be prohibited from owning or possessing firearms. It could have other collateral consequences effecting things like professional licenses and immigration status if the defendant is not a US citizen.

Restraining orders in New Jersey are always very complicated matters and as such it is recommended that you speak to an experienced domestic violence defense attorney as soon as possible. As you can see from above, a skilled restraining order defense attorney can take the evidence presented against you and use it to your advantage.

If you have been served a temporary restraining order in Mercer County, in towns like Ewing, Trenton, Lawrence, Hamilton, West Windsor, Robbinsville or elsewhere the Tormey Law Firm can help. These are very serious matters and should not be taken lightly. If a final restraining order is granted it is permanent. To speak to one of our attorneys today about your options then please contact us at 201-556-1570.