Ways to Secure Pretrial Release from Jail in NJ

How to Fight a Motion for Detention

So the Prosecutor Wants You Kept in Jail before Trial in New Jersey? Here’s How to Fight It. 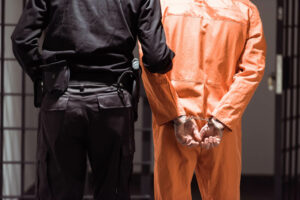 It used to be that after arrest, a defendant could post bail to secure release if they had the means or support to pay for a bond. Since New Jersey’s bail reform five years ago, an accused cannot buy their way out of jail while others without the means remain incarcerated pending their trial. Instead, New Jersey’s Criminal Justice Reform Act of 2017 reinforces that those accused of a crime are innocent until proven guilty and should not be in jail pending a guilt or innocence determination. However, a judge may detain an accused in jail if, by clear and convincing evidence, the prosecutor proves the defendant is a flight risk, is likely to commit crime or subvert justice while released. And if the court cannot impose conditions that would ensure the defendant returns to court, does not pose a threat to the community, or does not thwart the criminal justice process while released, the defendant will stay in jail. If a prosecutor believes a defendant should not be free, they can bring a detention motion.

The Purpose of Motions to Detain in New Jersey

While many non-violent defendants may be allowed to remain free pending their trial, with or without conditions, the prosecution’s detention motion seeks to provide evidence that the conditions ordinarily imposed on released defendants would not work on the defendant. Suppose a condition of release is checking in with court officials, posting bail, or wearing an electronic ankle bracelet that tracks the defendant’s location. In that case, the prosecutor must prove the defendant named in their motion would not comply and probably ditch the next court date, even with a monitor or bail.

Thus, whenever the state charges an individual with an indictable crime or a crime involving domestic violence, the prosecutor may file a pretrial detention motion to determine if the accused leaves jail, according to Court Rule 3:4A. The prosecutor’s office files the motion before or within three days of the defendant’s first appearance in court. The detention hearing is like a mini-trial, without formal rules of evidence and only on the issue of detention, not the charged crimes. As such, the defendant’s testimony cannot be evidence against them at the main trial. However, the defendant has the right to an attorney and may bring documentary and witness evidence to refute the prosecutor’s allegations.

The prosecutor’s motion must be supportable by more than a hunch or the charges against the defendant. The criteria for the judge’s consideration, contained in N.J.S.A. 2A:162-20, include the criminal charges and evidence supporting them. It also consists of the character and history of the defendant. Factors like the defendant’s mental and physical state, history of substance abuse, employment, finances, and connection to the community with family or long-term relationships are the basis for the judge’s decision. The defendant’s criminal and judicial proceedings history is also relevant. A history of failures to appear in court, committing crimes while on probation or on parole, and the nature of past crimes configure into the equation. For instance, a violent offender who shows no regard for obeying the laws or court orders may be a flight risk or likely to commit a new offense, perhaps injuring someone else, if released from jail pending trial.

In addition, a domestic violence repeat offender may pose a risk to the victim if released, especially if the prosecutor has evidence that the defendant is likely to injure, kill or threaten the victim to prevent them from testifying. Obstructing justice by intimidating witnesses or destroying evidence is one of the three primary considerations for releasing or detaining a defendant. And if the court finds it probable the defendant committed murder or other first-degree crimes with long or life prison sentences attached to them, the presumption is that the defendant remains detained pending trial. The flight risk and corresponding danger is higher, given the incarceration stakes for the defendant are also higher.

On any grounds, the prosecution must prove their allegations either by an indictment as evidence showing the defendant likely committed crimes or by probable cause belief that the defendant committed the crimes in the criminal complaint. In addition, a judge can temporarily release a defendant if their detention interferes with their defense.

Once the judge decides to release or keep the defendant in jail, either the prosecutor or defendant can reopen the detention hearing on new information or changed circumstances that would alter the judge’s determination. Those defendants jailed for six months or more awaiting trial due to the disruption caused by the pandemic may have new detention hearings with the prosecutor’s option to object. The evaluation is still in new evidence or circumstances that significantly affect the judge’s original detention decision. Thus, a defendant detained longer than the sentence they would receive if convicted of the charged offense may no longer be a flight risk or deemed likely to obstruct the judicial process. The judge can reevaluate the decision based on the elapsed time or other changed circumstances to change their decision. Notably, this is a distinct type of request from a pretrial detention appeal.

The following are some key elements that your attorney can look for and highlight when fighting for your release from jail before your case is resolved.

Does the PSA Score Work in Your Favor?

The judge’s criteria to decide detention are included in the public safety analysis to assess flight risk, crime commission probability, and judicial obstruction upon release. A defense attorney can highlight a favorable score to the judge.

Can You Challenge the Strength of the Prosecutor’s Case?

Another effective defense at a detention hearing involves attacking the prosecution’s evidence supporting the underlying crime or crimes. A talented lawyer can raise questions about the evidence’s reliability, strength, and legality. For example, a criminal conviction that rests on eyewitness testimony rather than forensic evidence connecting the crime to the defendant is easier to raise doubt by discrediting the witness’s motive and ability to see what happened, among other challenges. And evidence obtained unlawfully is likely to be thrown out and therefore, of no use to the prosecution. Overall, a weak evidentiary case questions why the defendant remains in jail if facing an unlikely conviction.

With the Presumption of Pretrial Release, Can the State Meet its Burden?

In addition to the above, the prosecutor is tasked with overcoming the release presumption. Because the burden of overcoming the release presumption is heavy, the prosecutor must have strong evidence that no measures can ensure the defendant’s return to court or restraint from committing further crimes or obstructing justice. Exploiting the prosecution’s burden, a great defense attorney can often show that when taken to task on the validity of their arguments that you simply must be kept in jail, they cannot satisfy the necessary threshold.

Does Your History and Current Life Speak to Your Good Standing?

If the facts so suggest, a skilled pretrial detention defense lawyer can play up a defendant’s long-term steady employment, clean record, and family and social ties to the community to counter flight risk implications. And even if the defendant has a criminal history but no history of failures to appear, violent crimes, or violating court orders, their attorney can argue that the defendant does not threaten the court process or the community.

It is imperative to get counsel regarding your particular situation if a motion for detention has been filed by the county prosecutor’s office anywhere in New Jersey. At The Tormey Law Firm, our team of criminal defense lawyers fight for clients all over the state when facing continued jail instead of release before trial. With a select team of attorneys with over 50 years of experience serving on all sides of the criminal justice system in New Jersey, we successfully defend clients from arrest, to detention hearing, and beyond in Hackensack, Morristown, Paterson, Newark, Jersey City, Elizabeth, and New Brunswick. We know how important your freedom is to you, or to someone you love. This is why we zealously challenge pretrial detention motions on behalf of clients and dedicate all of our knowledge and experience to winning in court.  Talk to a pretrial detention hearing lawyer as soon as possible by contacting The Tormey Law Firm today. You can access a free consultation anytime, day or night, at (201)-556-1570.