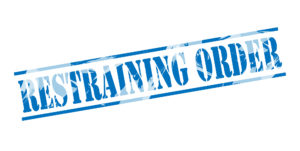 If a domestic violence incident occurs, several things can happen. First, the police, when called, can investigate and no charges are brought. Typically, in these cases, the victim does not want to press charges, there is no evidence of assault (injuries), and the police did not witness any assault, etc. Second, when the police investigate, a criminal complaint can be filed against one or both of the parties involved for any domestic violence criminal charges such as simple assault, aggravated assault, stalking or harassment. If criminal charges are filed, they must be handled in either the local municipal court or in the Superior Court, depending on the severity and the degree of the charges.

There are very different standards of proof and issues with regard to criminal charges, temporary restraining orders (TRO) and final restraining order hearings (FRO). If you or a loved one has been charged with domestic violence criminal offenses or you are facing a restraining order in New Jersey, it is imperative that you contact an experienced criminal defense lawyer for help. Contact our Morristown or Paramus office locations anytime for a free initial consultation at 201-556-1571.