“Strangulation is a second degree felony assault crime under NJSA 2C:12-1(b)(13), and a form of domestic violence in New Jersey. This felony charge carries up to 10 years in prison and a $150,000 fine.” 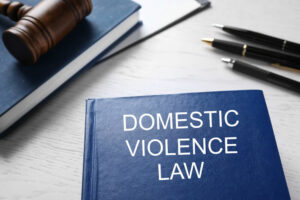 Law on Strangulation in NJ

Without experienced defense representation, an individual accused of assault by strangulation is facing state prison. However, that may not be the case with a top-notch legal defense. Call (201)-556-1570 if you would like to talk to a lawyer about your strangulation charge at no cost.

In many cases, a restraining order follows an incident or series of incidences of violence after the police investigate a domestic violence case or the victim seeks one on an emergency basis. And usually, accompanying an assault by strangulation charge is a restraining order. A victim who claims injuries and endangerment by the accused may seek assistance from the courts. The Prevention of Domestic violence Act permits anyone over 18 or an emancipated minor to seek protection from the courts if they are a victim of one of the Act’s enumerated violent or sex crimes. When they can show evidence of the strangulation assault and the requisite relationship, a victim may get a restraining order to keep the accused away from them at home, school, work, or wherever they commonly go.

A restraining order once final, can be lifelong. There is no termination date on a final restraining order, which means the restrained party must not contact the protected party or possess firearms indefinitely.

The effect of the grade elevation for domestic violence strangulation is longer prison sentences, higher fines, and distance and protection for the victim. However, not all victims are indeed victims. Domestic violence can be a two-way street when both parties engage in violence, and each must defend their life. Thus, an accused who strangles their spouse or significant other to keep them from hurting or killing them is acting in self-defense and not the perpetrator anticipated by second degree assault. Moreover, domestic violence claims may be false and retaliatory for a rejection or other reasons to cause serious legal trouble. Thus, a claimed victim who comes to court with pictures of finger bruises on their neck must convince a judge that they are victims and not abusers when the defendant counters with a self-defense argument.

In addition, strangulation is sometimes part of consensual sexual activity or rough intercourse. For example, suppose the strangled party agreed to engage in the sex act, including strangulation. In that case, the victim is not a victim and has no claim to domestic violence or assault by strangulation. But the consent must be free and not forced or coerced. According to N.J.S.A. 2C:2-10, consent is a defense when both parties understand that possible injury is a risk in the acts they consent to, which would seem to include strangulation as part of sexual play. Further, in a 2017 New Jersey Superior Court case T.M. v. R.M.W. (456 N.J. Super. 446, 195 A.3d 152 (Ch. Div. 2017)), the court confirmed that consensual rough sex might undermine a victim’s assertion of assault.

If you are up on charges for strangulation, be sure to hire the best criminal and domestic violence defense attorney you can find, who is familiar with the charge, the laws on strangulation in New Jersey, and ways of defending these cases. Move confidently forward knowing you have a lawyer to defend you against the strangulation charges, raising any defenses you may have, and handling the accompany restraining order as well. Your attorney should also be one who can help you fight a restraining order so your freedom is not restricted on top of imprisonment, financial penalties, and the damage of being placed in the Domestic Violence Registry.

Call on a highly qualified New Jersey defense lawyer, such as those at The Tormey Law Firm, to fight your second degree strangulation case. Immediate assistance in a free consultation is available now by contacting our team online or calling (201)-556-1570.