“New Jersey CDS laws include charges for illegal drugs, unlawful possession, distribution and serious penalties such as jail, fines, and license suspension. Our drug defense lawyers fight to have these charges dismissed.” 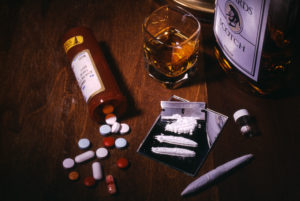 If you were arrested for drug charges in New Jersey, you most likely have many questions about the specific charges you are facing, the potential penalties associated with a conviction, and what you can do to have your case dismissed, or to successfully resolve it with the least possible impact on your life. As a team of NJ drug lawyers, we are well-versed in New Jersey Controlled Dangerous Substance Laws and we have a number of highly effective strategies to beat drug charges. On this page, we will discuss a wide range of information as it pertains to criminal charges for drugs in New Jersey.

In order to understand the specific drug offense in your case, it is first important to know that New Jersey recognizes certain illegal drugs, as well as legal drugs that may be involved in illegal behavior. For example, a substance like heroin is entirely illegal under any circumstances, while a substance like Oxycontin or Oxycodone is only illegal when possessed without a valid prescription.

CDS stands for controlled dangerous substance(s), or drugs. The New Jersey Drug Schedules, contained in the New Jersey Controlled Dangerous Substances Act, contain both illegal and regulated controlled dangerous substances (CDS). The schedules run from I to V and the classification of the drug in your case may become relevant when looking at the degree of the charge and your potential exposure. New Jersey’s CDS law defines “drugs” as:

In New Jersey, it is illegal to possess drugs including: marijuana, heroin, cocaine, synthetic marijuana, MDMA (also known as Molly or Ecstasy), methamphetamine, and LSD (acid), to name a few. The statute that outlines the criminal offense “Possession of CDS” is found in section N.J.S.A. 2C:35-10 of the New Jersey Criminal Code. Under this law, the degree of a CDS possession offense varies based on the specific substance involved, as well as the amount of the substance in certain cases.

For example, in cases involving marijuana possession, the amount (specifically the measured weight) of marijuana will determine the degree of the charges and associated penalties. Specifically, if you are charged with possession of marijuana under 50 grams, this is a disorderly persons offense, which is handled in the local municipal court. On the other hand, if you are charged with possession of more than 50 grams of marijuana, this is a fourth degree crime, which is handled at the Superior Court in the county where the alleged offense occurred. Fourth degree crimes entail more serious penalties than disorderly persons offenses, including a prison term of up to 18 months.

Possession of ANY of the other controlled dangerous substance found in Schedule I, II, III or IV is a third degree crime in New Jersey, including cocaine and heroin. If you are charged with possession of  Schedule V drug, many of which are sold over-the-counter, this is a fourth degree crime. To learn more, visit our page: Is Possession of CDS a Felony?

Possession with Intent to Distribute and Distribution of CDS: N.J.S.A. 2C:35-5

Drug cases involving possession with intent to distribute or drug distribution are slightly more nuanced in terms of their classification and grading. New Jersey Statute 2C:35-5 mandates that it is unlawful for a person to:

(2) To create, distribute, or possess or have under his control with intent to distribute, a counterfeit controlled dangerous substance.

Then, these offenses are further delineated among various substances, such as marijuana, cocaine, and heroin, each of which become a more serious charge as the amount of the substance increases. See the following pages to learn more about the specific charges in your drug distribution case:

Notably, New Jersey law addresses prescription drug offenses in a separate statute, specifically N.J.S.A. 2C:35-10.5. According to this section, it is unlawful to possess, use, distribute, or have under your control with intent to distribute (even without monetary gain), any prescription legend drug, unless lawfully prescribed or administered by a licensed physician, veterinarian, dentist or other practitioner authorized by law to prescribe medication. A “prescription legend drug” is defined as any drug which, under federal or State law, requires dispensing by prescription or order of a licensed physician, veterinarian or dentist and is required to bear the statement “Rx only” or similar wording. Some of the most common prescription drug charges in New Jersey involve medications like Xanax, Percocet, Valium, Vicodin, Oxycontin, Ritalin, and Adderall.

It is also unlawful in New Jersey to possess any item that meets the criteria for “drug paraphernalia.” NJ Law defines drug paraphernalia in section N.J.S.A. 2C:36-1 to include “all equipment, products and materials of any kind which are used or intended for use in planting, propagating, cultivating, growing, harvesting, manufacturing, compounding, converting, producing, processing, preparing, testing, analyzing, packaging, repackaging, storing, containing, concealing, ingesting, inhaling, or otherwise introducing into the human body a controlled dangerous substance or controlled substance analog in violation of the provisions of chapter 35 of this title.” As such, you can be charged with possession of drug paraphernalia if you are found in possession of articles such as bongs, pipes, rolling papers, grinders, or even relatively commonplace items like spoons. Notably, there is a separate criminal offense for possession of a hypodermic needle or syringe. Both of these crimes are classified as disorderly persons offenses.

Often, charges for possession of CDS or drug paraphernalia are accompanied by companion charges for possession of CDS in a motor vehicle. This is technically a motor vehicle offense in violation of N.J.S.A. 39:4-49.1. Although it might seem minor to be charged with a traffic violation, a conviction for possession of drugs in a car entails a mandatory two-year period of driver’s license suspension. If you are charged with N.J.S.A. 39:4-49.1, an experienced drug defense lawyer should attempt to have this charge dismissed entirely to avoid the potential consequences.

If it is your first drug charge or your fifth, our New Jersey drug defense attorneys handle all types of drug cases in Municipal and Superior Courts across the state. With office locations in Morristown, Hackensack, Newark, New Brunswick, and Middletown, we represent clients in Morris County, Bergen County, Essex County, Passaic County, Union County, Camden County, Monmouth County, and everywhere in between. For a free consultation about your drug charge, contact us anytime at (201)-556-1570. We provide free consultations and can also meet you at the location nearest you.

Contact a New Jersey Drug Lawyer for a Free Consultation

Being charged with a drug crime in New Jersey can be extremely scary. Fortunately, there are many ways to defend a drug case and potentially get the charges dismissed. Our criminal defense lawyers appear in courts across the state fighting for clients arrested for drugs and we are committed to your success. Contact The Tormey Law Firm at (201)-556-1570 or online for a free consultation with an experienced drug defense lawyer. With five offices in Bergen County, Morris County, Essex County, Monmouth County, and Camden County, we serve areas from North to South Jersey.