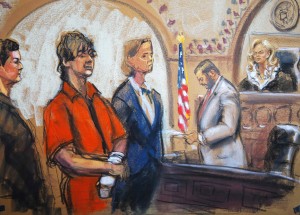 Travis J. Tormey is an experienced defense attorney who serves on behalf of clients facing a vast array of charges, ranging from DWI to aggravated assault. With centrally located offices in Paramus and Morristown, he appears in courts throughout Northern New Jersey, including Garfield, Englewood, and Elmwood Park. Having represented clients in such a wide variety of cases, Mr. Tormey has a great deal of experience in Superior Court, where felony-level offenses are adjudicated, as well as Municipal Court, where misdemeanor crimes are heard.Mr. Tormey’s practice concentrates on criminal law, which has facilitated him in developing a breadth of knowledge in the area of criminal defense. This repository of information regarding New Jersey law enables him to identify the nuances involved in each case and thus, to best represent his clients. In fact, Mr. Tormey has been cited as a legal resource in a number of publications, including The Daily Record and The Bergen Record, as well as the AOL News. Feel free to contact him at his office at (201) 556-1570, as he provides free legal consultations.

The arraignment hearing in Municipal Court is known as the “first appearance.” During the arraignment, the presiding judge will inform the defendant of the charges against him or her, as well as the potential penalties associated with a conviction. In addition, the judge will enter a plea of “guilty” or “not guilty” on behalf of the defendant. In the majority of cases, the judge will enter plea of “not guilty” and schedule the next date upon which the case will be heard.

Arraignment in Superior Court – After Indictment by the Grand Jury

In Superior Court in New Jersey, the arraignment hearing follows the issuing of an indictment. In order to obtain an indictment against a particular defendant, the State must present its case to a grand jury and establish sufficient probable cause to convince the grand jury to issue said indictment. It is important to note that an indictment can only be obtained in Superior Court in relation to felony-level charges. A crime of the first, second, third, or fourth degree is considered a felony under New Jersey law, while a disorderly persons offense is comparable to a misdemeanor. As such, charges for disorderly persons offenses are not presented to a grand jury and are fully adjudicated in Municipal Court.

The prosecutor may propose a plea agreement for the defense’s consideration at the arraignment hearing and the defendant also has the opportunity to apply for entry into a diversionary program, such as the Pre-Trial Intervention Program, at this time. Upon conclusion of this stage in the process of a criminal case, the judge will determine a date for the status conference, during which the parties return to court and discuss any potential plea agreements.

Need Criminal Lawyer for an Arraignment in New Jersey? Call Us

If you or someone you love has been charged with a criminal offense to be heard in municipal or superior court in New Jersey, contact the Tormey Law Firm, LLC today to consult with Mr. Tormey about your case: (201)-556-1570. With an experienced criminal defense attorney serving on your behalf, you can position yourself to ensure the best possible result.