Failure to Make Lawful Disposition of CDS in NJ

“Failure to make lawful disposition of drugs is a common disorderly persons offense in NJ, punishable by up to 6 months in jail and a fine not to exceed $1,000. These charges will also show up on your record.” 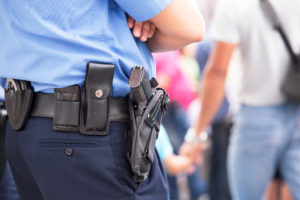 Drug charges happen all the time in New Jersey. What most are unaware of is that failing to turn over CDS to a police officer may result in a separate criminal charge, namely the disorderly offense of failure to make lawful disposition, violating N.J.S.A. 2C:35-10(c).  A controlled dangerous substance in New Jersey refers to drugs like marijuana, LSD, methamphetamine, hashish, heroin and synthetic or analog versions of these, among others. These drugs are illegal to possess, manufacture, or distribute. As such, someone caught with a controlled dangerous substance (CDS) may be charged with a fourth, third, or second degree crime, or a disorderly persons offense, depending on the CDS amount and other evidence pointing to manufacturing or distributing, which come with higher penalties than mere possession of lower drug amounts. It also depends on the CDS possessed, small amounts of marijuana carrying a lighter sentence than large amounts of heroin, for example. On top of possession charges and the like, a person may be exposed to an additional charge for neglecting to provide drugs to the nearest law enforcement officer. As with any criminal case, this ups the ante on the penalties you face if convicted.

If you have been picked up on charges for failing to turn over a CDS, you will need a highly qualified New Jersey criminal defense attorney to represent you. Avoiding the consequences of being convicted is very possible, provided you have the right lawyer handling your case. At The Tormey Law Firm, our lawyers have defended scores of clients charged with failure to turn over drugs, possession of CDS in a motor vehicle, drug distribution, and many other relates offenses in courts across the state. Whether your arrest took place in Hackensack, Newark, Morristown, New Brunswick, Wayne, or elsewhere in New Jersey, our team will challenge every aspect of the state’s case to help you avoid a criminal record and the potential repercussions that can impact you now and in the future. Call (201)-556-1570 to speak with a lawyer at The Tormey Law Firm free of charge. We provide free consultations 24/7 to best serve your needs.

If you are stopped for a regular traffic violation and you have marijuana or other illegal substances on your person or in the car that you fail to turn over to the officer, you may be charged with and convicted of a at least two criminal offenses. If the officer finds you have some type of drug, you may face drug possession charges in addition to charges for failure to make lawful disposition, which essentially means that you failed to turn over the drugs to law enforcement. When an officer searches and finds illegal substances or you admit to having them during or after a search, that does not count as turning them over for purposes of the statute. To prove failure to make lawful disposition, the prosecuting attorney must show the intentional possession of the CDS and the failure to surrender the CDS to the nearest law enforcement station or officer. If the suspect does turn over the drugs, however, they are immune from prosecution for having them.

Conviction for failure to make lawful disposition of illegal drugs carries a sentence of up to six months in jail, a fine of up to $1,000.00, and a mandatory minimum six-month license suspension. Moreover, you end up with a criminal record that cannot be expunged for at least five years, so the charge may show up on background checks for jobs, school, or housing. And since knowingly possessing a CDS is an element of the crime and the law specifically states that this violation may be added to other charges under N.J.S.A. 2C:35-10, such as a possession, manufacture, or distribution charges, a failure to make lawful possession offense conviction compounds the charges and potential sentence. Although merely a disorderly persons offense, you may think, the addition of another charge can make for a longer, more expensive trip through the criminal justice system.

Can You get Charges for Failure to Turn over Drugs Downgraded or Dismissed in NJ?

If you have been charged with failure to make lawful disposition, a skilled criminal defense lawyer may be able to help you avoid the possible sentence. If charged alone, failure to make lawful disposition is handled in the Municipal Court, where an attorney can help you take advantage of diversionary programs like conditional discharge, if it is a first time offense and a drug-related charge. If eligible for conditional discharge and you fulfill the terms of the program, such as drug testing and supervision, your charge can be dismissed. Your attorney may also be able to plea bargain for probation or help to get the charge further downgraded to avoid a criminal conviction on your record. On top of that, there may be valid ways to fight the case. This often occurs when the arrest results from an illegal traffic stop or unlawful search that provides grounds for a motion to suppress evidence. We have successfully done this on numerous occasions, ultimately beating drug charges that our clients are facing.

In addition, if you have also been charged with drug possession as well, our lawyers might negotiate with the prosecutor to get your possession charges reduced to the failure to make lawful disposition disorderly persons offense for a lighter sentence, probation, or diversion program. Possession of a CDS involving most drugs is an indictable crime, which is heard in the Superior Court. The penalties are longer prison sentences, including 18 months or higher, and the fines are higher, at $10,000.00 and above. So, reducing the charge to failure to make lawful disposition sends the matter to Municipal Court with more options to get the charges discharged or negotiated for the best result.

Even in Superior Court for the more serious indictable drug crimes, we may assist you in applying for the Pre-Trial Intervention Program, which is also a supervised program typically lasting one year to three years, at the end of which the charges are dismissed. This is a first-time offender’s program for certain eligible individuals and may be another option depending on the specific facts of your case and whether you have a conviction in your past.

Charged with Failure to Turn over CDS in NJ?

An arrest for failing to provide drugs to police does not necessarily lead to a conviction, particularly if you have the advice and powerful defense representation of an experienced attorney. If you have been charged with failure to make lawful disposition in New Jersey, contact the criminal lawyers at The Tormey Law Firm to discuss how we can help you achieve the most positive outcome to your case. Simply call (201)-556 -1570 for a free consultation.