“You can be charged with theft in numerous situations and the penalties for theft offenses vary in NJ. Felony theft crimes carry state prison sentences, while misdemeanor theft is punishable by county jail time.” 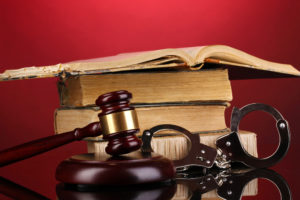 If you or someone you love has been charged with a theft crime in New Jersey, it is important to understand what theft is, the common types of theft offenses charged in New Jersey, and the potential consequences of being convicted. At The Tormey Law Firm, our highly experienced NJ theft defense attorneys represent clients facing a vast range of theft charges, including theft by deception and extortion, theft of services, credit card theft, receiving stolen property, and shoplifting. Having successfully handled thousands of theft cases in Superior and Municipal courts in Bergen County, Passaic County, Morris County, Essex County, Monmouth County and everywhere in between, we thoroughly understand the nuances of theft laws and defense. Here we provide answers to some of the most frequently asked questions that we receive from clients charged with theft in New Jersey. To consult with a seasoned theft defense lawyer about your unique case, contact us at (201)-556-1570 today.

What is Theft in New Jersey?

Theft occurs when a person takes something that does not belong to them or asserts control over something belonging to another. The property taken can be “movable” or “immovable.” It can also be a service, money, or something else intangible that still has value. Regardless of what the exact type of property taken is, it must be your intention to take something that belongs to another. In other words, theft is not an offense committed accidentally. Theft charges in New Jersey require intent.

What Can Get You Arrested for Theft?

There are numerous criminal charges that fall within the category of theft crimes, as there are a number of acts that actually constitute theft under New Jersey law. Below are some of the most commonly charged theft offenses that get people arrested in New Jersey.

Credit card theft is more common than one might think. With advances in technology, it has become increasingly easier to skim financial and personal information belonging to others. Using someone else’s information to open a line of credit or credit card that you intend to use is considered theft. Sometimes, this offense happens in a less detectable way, such as presenting a card with another person’s name on it, presenting an ID with your picture and the name of another person, or simply applying for a cell phone in the name of someone else. Actions like these can also lead to identity theft charges. Further, credit card theft can be as simple as possessing the physical credit card of another. Anytime you have a card or card information and attempt to use it for your own gain or without permission, you can be charged with theft.

Theft of a Motor Vehicle

You can be charged with several different auto theft offenses for taking a car that does not belong to you in New Jersey. Depending on the circumstances, you may be charged with a fourth degree crime for joyriding, a third degree crime plus additional penalties for auto theft, or even a first degree crime for carjacking. Joyriding means that you took a car without the specific permission of the owner. It often occurs when the parties know one another and permission was given on prior occasions to use the car. Theft of a motor vehicle requires intent to permanently deprive the owner of the car, as opposed to temporarily taking it for the purposes of a joy ride. On the other hand, carjacking occurs when a car is taken by force and under duress. Some carjacking offenses result in injury, while others may not.

Another theft offense that is becoming more common involves theft of a rental vehicle. Many people rent cars from rental companies and then fail to return the car on the contracted due date. After the car is not returned, the rental companies may contact police. Taking a rental car may lead to charges for a third degree theft offense and a warrant may be issued for the person’s arrest.

Receiving stolen property is a form of theft often used as a catchall when the state cannot prove that a person actually took the property in question. For example, if you answer an ad offering to sell a motorcycle, you buy the motorcycle, and then it turns out to be stolen, arguably it was not your intention to steal the bike. The State would try to prove that you “received stolen property” (which equates to a theft) and that you should have known the bike was stolen. To prove this, the prosecution may use the surrounding circumstances, such as the low cost of the motorcycle, the lack of title, or the screwdriver needed to start the bike because the key is missing. This evidence may be sufficient to establish that you knew, or should have known, that the motorcycle was stolen.

Other Common Types of Theft

There are other forms of theft in New Jersey and countless scenarios in which a person may be charged with a theft offense. Some of the other typical circumstances involving theft include:

Is Theft a Felony or Misdemeanor?

Just as specific theft charges vary, so too do the potential consequences. Theft can be charged and prosecuted as either a disorderly persons (misdemeanor) offense or an indictable (felony) offense. Among the many differences between felony and misdemeanor theft offenses, the levels of these crimes differ in terms of jail time, fines, and the impact on your criminal record.

What is Petty Theft?

The technical term for petty theft in New Jersey is “disorderly persons offense,” which is the same thing as a misdemeanor. A disorderly persons theft offense can be charged if the value of the item is less than $200. As a consequence, you can be ordered to spend 180 days in jail and pay up to $1,000 in fines.

What Theft Amount is a Felony?

For a felony theft offense in NJ, the state will have to prove that the value of the item taken is greater than $200. Essentially, taking an item worth $201 will subject you to a fourth degree felony theft charge, up to 18 months in state prison, and up to $10,000 fine. Taking something valued between $500 and $75,000 will lead to theft charges for a third degree crime, punishable by 3-5 years in state prison. Second degree theft crimes (involving $75,000 or more worth of property), require prison time at a minimum of 5 years and a maximum of 10 years. At the highest end of the theft crime spectrum, a first degree criminal charge for carjacking could land you in prison for 30 years. This offense has additional prison exposure beyond even a typical first degree crime such as armed robbery, which may result in between 10 and 20 years of imprisonment.

When it comes to second and first degree theft offenses, there is a presumption of imprisonment. This means that, if convicted, the court must sentence the defendant to prison time. Having a prior criminal record or no record at all does not impact the presumption of incarceration for these serious felony-level charges.

Is the Degree of Theft Always Based on How Much?

Sometimes, the value of the item has no bearing on the degree of the theft crime charged. In other words, there are specific situations in which the value of the items will not determine the grading of a theft offense. For example, credit card theft is a third or fourth degree crime, regardless of the amount that the physical card is worth. Similarly, stealing a prescription will subject you to a third degree felony charge. If you have the misfortune of being accused of stealing a gun, this is considered a second degree crime, regardless of the minimal value of the gun itself.

Charged with Theft in New Jersey?

If you or a loved one has been accused of theft in New Jersey, it is imperative to find the most knowledgeable defense counsel. Our seasoned team of New Jersey theft lawyers have extensive experience defending clients charged with theft throughout the state, including in Hackensack, Morristown, Newark, Paterson, Elizabeth, and New Brunswick. Call (201)-556-1570 for a free initial consultation with an attorney who can help craft your best defense for a theft offense. We will review the facts of your case, discuss potential defense strategies with you, and explain how we can work to lower the charges and penalties or get the case dismissed.