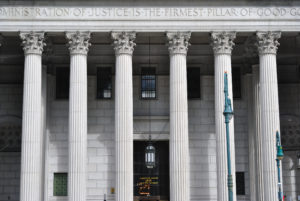 Our client was a 42 year old man with no prior criminal history. He was hosting his niece at his house where she had been residing with him because she was having personal issues. Our client was upset because she broke the shelf on the refrigerator and told her that she would have to pay to have it replaced. Because she was unhappy with that, she called the police and told them that he hit her with the refrigerator shelf, even though this did not happen. She had no injuries from the alleged assault.

We appeared in the Teaneck court and told the prosecutor we were ready to fight the charges. Our client has a serious career and could not have this false charge appear on his record as it could jeopardize his employment. The alleged victim appeared and told the State she did not want to proceed with the charges and was not willing to testify against him.

Based on the lack of evidence and the alleged victim’s lack of cooperation, the charges were completely dismissed. We assisted our client in filing an expedited expungement to have the arrest removed from his record as well. This was a great result for our client and the Tormey Law Firm LLC.

If you or a loved one needs assistance with a simple assault charge in Bergen County, contact our Hackensack office anytime for a free initial consultation at 201-556-1570.