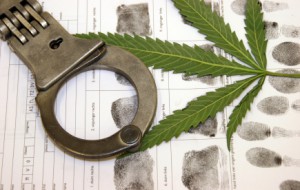 Possession of marijuana charges are extremely common in New Jersey. Regardless of the frequency of arrests for marijuana possession, these charges must be taken seriously. A conviction for possessing under 50 grams of marijuana is the less severe version of this crime, but it is still punishable by up to 6 months in jail, driver’s license suspension for between 6 months and 2 years, and fines totalling $1,o00. When the marijuana in your possession is a greater amount (above the 50-gram threshold), the consequences of a conviction worsen. Penalties further increase when a person is found with marijuana in a school zone or on a school bus. Beyond these significant consequences, being convicted of marijuana possession will leave you with a criminal record. This means that when you are interviewing for a job, applying to a college or university, or want to pursue other opportunities in the future, a simple background check will reveal that you have a been previously arrested. Fortunately, a criminal charge for marijuana does not automatically mean you will be found guilty. With the help of an experienced New Jersey criminal defense lawyer, you may be able to get your charges reduced or dismissed entirely.

As the founder of The Tormey Law Firm, I can tell you that we have successfully resolved thousands of marijuana cases in courts across New Jersey. More information about one of the many tactics we use to defeat marijuana cases is provided here. Please call us now at (201)-556-1570 if you would like a free consultation with a defense attorney who can explain the defenses that may apply in your case.

Marijuana cases typically have many loopholes. Experienced defense attorneys in New Jersey can potentially have these cases thrown out entirely. This is some information about a marijuana possession case that I fought in Kinnelon, NJ. This case started as many marijuana cases start in New Jersey, with a motor vehicle stop and a search of the car.  It became my job to prove that the police officer’s search was completely illegal.

As you can see from above, this charge was relatively minor, as it involved possession of less that 50 grams.  Everything under 50 grams is treated exactly the same in NJ, whether it’s one gram or 49. Still, I start every marijuana case, big or small by getting the “discovery”, or all of the information and evidence that the prosecution is going to use against you. In a motor vehicle stop, this is going to include video footage of your actual stoppage and the entire dialogue between you and the officer. Often, it’s going to include the evidence that I need to get your case thrown out.

The defendant was pulled over because his windshield was cracked. When he rolled down the window to hand over his license and registration, the police officer stated that he smelled marijuana. If someone has been smoking in a vehicle, an officer is probably going to smell it, and further investigation can be expected.  In this case, the officer asked the driver and passenger to step out of the vehicle and he searched them both, fortunately not finding anything illegal on either of them.

In addition, no police officer is allowed to intimidate a suspect into consenting to a search.  Threatening any action involving large, aggressive, German shepherds in a roadside stoppage is approaching the realm of intimidation. Beyond this obvious blunder, the officer also failed to have my defendant sign the consent form.  This form explains all of the rights that a person has pertaining to a search, including the right to refuse it.

Based on everything that I had seen in the discovery, I filed a motion to suppress this illegally seized evidence.  My motion was accepted, and the case was thrown out entirely.

Cases like this are common.  If a police officer smells marijuana in your car, he is probably not going to leave the situation alone and you’re going to end up getting arrested. He’s supposed to send the information of his suspicion back to his station, and take the necessary steps to get a warrant for his search.  Most officers don’t have this kind of patience, and as a result they leave many exploitable loopholes in their arrests.

Charged with Possession of Marijuana in NJ?

If you or a loved one is facing marijuana possession charges in New Jersey, you should consult with a knowledgeable attorney who can examine your case and determine the best way to handle it. Your road to a dismissal may be buried in the evidence and waiting to be found. Likewise, you may be eligible for a diversionary program like conditional discharge or Pretrial Intervention (PTI). These options can also lead to a dismissal once you successfully complete a probationary period with certain conditions. The best thing you can do to resolve your marijuana case and move on with your life is find out what your legal options are. Call (201)-556-1570 now for a free consultation with an experienced New Jersey marijuana lawyer at our firm. We can be reached anytime to assist you.