“In New Jersey, there are four degrees of crimes.  These are determined by the New Jersey statute 2C:43-1 which outlines the amount of prison time for each degree of crime, in addition to the potential fine that a convicted individual might receive.  The smallest degree of crime is that of the fourth degree, with the largest being a crime of the first degree.” 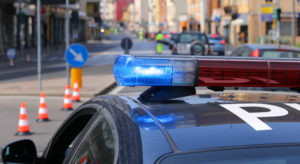 The following are the degrees of crimes and associated penalties in New Jersey:

First degree crimes can be punished by 10 to 20 years in prison and fines of up to $200,000.  In some cases, murder for example, a convicted felon might receive a sentence of up to 30 years in prison.

First and second degree crimes carry with them a “presumption of incarceration”, which simply means that someone convicted of this level of crime is expected to go to prison, even if it’s a first offense and the person previously had no criminal record.

Who can tell me about the Degree of my Charges in New Jersey? Criminal Lawyer Needed

While it’s good to know some details about the grade of your crime, you should be focused on the details of exactly your charge. Our “common charges” menu might contain your case type, and will have a ton of great information, including ways that you can potentially beat your charges.  For more information and to speak with a New Jersey criminal defense lawyer who can explain your charges and your potential options, please call The Tormey Law Firm at (201) 556-1570.