“The actions of the police are frequently unconstitutional. When officers break the rules and you find yourself arrested for marijuana possession, I easily have these cases thrown out of the court room.” 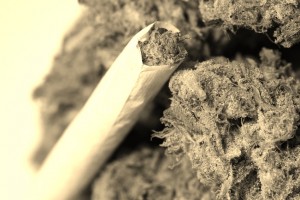 Looking for a marijuana defense attorney in NJ? You’ve come to the right place. As highly experienced lawyers who only practice criminal defense in New Jersey, we have handled literally thousands of marijuana cases in both municipal courts and superior courts throughout NJ. When you have been arrested and are in need of legal counsel, you should make sure to find a lawyer with the knowledge necessary to win your marijuana case. By understanding the nuances of criminal law, the rights of individuals and citizens in New Jersey, and the ways that police can violate these rights in the course of an investigation or arrest, we comb through the evidence of every case to find the holes that make up our best defense strategy. Explain your case to a New Jersey Marijuana Possession Attorney at The Tormey Law Firm and take the next step toward resolving the charges and moving on with your life. We know you want to keep your criminal record clean and minimize or avoid the penalties for marijuana possession, and we are here to help achieve those ends.

I represented a client recently in Morris Plains, NJ who was charged with a marijuana possession under 50 grams.   This is a disorderly persons offense in New Jersey, which results in a permanent record, up to six months in the county jail, up to a $1,000.00 fine, and a six-month driver’s license suspension if the person is convicted.

The defendant was stopped for careless driving and (according to the officer) consented to the search of his vehicle.  After this alleged consent, my client was arrested and charged for possession. Interestingly, the audio tapes that document the arrest and the officers claims that “consent” was given didn’t exactly match.

Just to give you a little background, a law enforcement officer must get a warrant to search a vehicle or a home.  There are only a few exceptions to this rule.  For example, if an officer approaches a vehicle and the drugs are sitting in plain view on the passenger seat, he is allowed to search your car.  In this case, there were no drugs in plain view.

Another form of search in which no warrant is required is a “consent search”, in which the driver of the vehicle (or home owner) gives permission for the officer to search the car.  Typically this is done at the officer’s request.  For example: “I smell marijuana in your car, do you mind if I look around?”  The officer is also REQUIRED to explain that you have the right to refuse the search.  If the option of this refusal isn’t readily apparent, the search is unconstitutional and will be thrown out in court.

Regardless of the legality of the search, when an officer finds something illegal, he’s going to take it and you’re going to end up getting arrested, regardless of the future courtroom outcome.

In this case, the officer’s idea of consent was a little skewed.  My client had refused the search 14 times in a 35 minute period.  He was badgered repeatedly, and consistently denied the officer access to his car.  The officer also summoned several other cars to the scene, and had other policemen attempt to coerce the consent in a sea of flashing red and blue lights.  My client asked for an attorney four times during this time period, and was not permitted to leave the scene.  If a client is being detained for any reason, he has the right to ask for an attorney.

After it became completely clear that the defendant was not going to be allowed to leave, he “agreed” to sign the consent form necessary to have his car searched.

This case was not very difficult to fight.  I simply filed a motion to suppress the evidence that resulted from the search, which was clearly not legal based on the lack of “true” consent.   The officer needed a warrant to enter my clients car, and with no other warrant exception, like the “plain view” exception I mentioned earlier, he entered the car illegally. Using motions to suppress evidence is just one of the ways that our New Jersey criminal defense attorneys beat charges for marijuana and other crimes in courts throughout the state.