Charged with Disorderly Conduct in Hoboken? The Tormey Law Firm Can Help 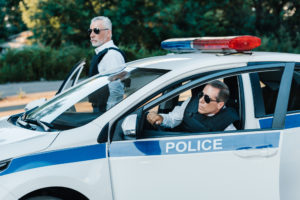 Have you or a loved one been arrested and charged with disorderly conduct in Hoboken NJ? Do you need a lawyer to protect your rights and fight for you in court? We can help. Here is a case we handled in late 2018 for a client facing similar charges where we were able to avoid any criminal record and achieve a fantastic result in court.

Our client was a 22 year old young professional with no prior criminal history. He is a resident of Hoboken as many young people are. On this particular evening, he was out with friends having drinks and he had a few too many. He went home but on his way he was heckled by a man riding his bike past. He and the man had words and a scuffle ensued. The police responded and our client was charged with disorderly conduct. Luckily, no one was injured in the incident.

Disorderly conduct is the lowest level criminal offense we have in New Jersey (known as a petty disorderly persons offense). The biggest issue is, if you are convicted of this charge, the conviction will end up on your permanent criminal record (showing up on background checks for work, school, professional licenses, traveling in and out of the country, etc.). Disorderly conduct is governed under New Jersey statute 2C:33-2.

In this case, we appeared in court and negotiated a plea agreement with the prosecutor. The State agreed to downgrade (amend) the disorderly conduct criminal charge to a local ordinance violation (also known as a town ordinance or a borough ordinance) which results in a fine and no criminal record. An ordinance is on the level of a littering ticket or a noise complaint for having a party at your house.

This is a great result in a case like this. Our client’s professional career is no longer in jeopardy as this charge will not appear on his permanent record. He was extremely apologetic to the police officer in court and clearly learned his lesson. He was also very satisfied with the work performed on his case by the Tormey Law Firm LLC.