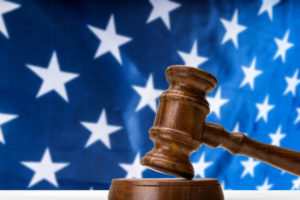 Arrested for trespassing or disorderly conduct in Hoboken? A criminal charge can significantly impact your life but it doesn’t have to. Here is real case we successfully handled for a client facing misdemeanor criminal charges in the Hoboken Municipal Court.

The Criminal Defense lawyers at the Tormey Law Firm LLC recently represented a client who was facing misdemeanor criminal charges for defiant trespassing (NJSA 2C:18-3) and disorderly conduct (NJSA 2C:33-2) in the Hoboken Municipal Court in Hudson County, New Jersey. These charges were brought by a NJ transit police officer who alleged that our client was intoxicated and sleeping on the platform in a restricted area. Our client had no prior criminal history and wanted to avoid these disorderly persons criminal charges on his permanent background check. In addition to that, he was facing thousands of dollars in fines, possible probation, and even county jail time if he was convicted of these charges.

We entered our appearance and a plea of not guilty for our client. In addition, we submitted a discovery request to the police department to obtain all the evidence associated with the case (including police reports, videos, witness statements, etc.). We were not provided any discovery before our court appearance. Then, when we appeared in court, the police officer who issued the charges failed to appear in court. We asked the judge for a “try or dismiss” marking on the next court date. This means that, if the police officer failed to appear a second time in court, the case would be dismissed. We appeared a second time in the Hoboken Municipal Court for a status conference and again we had not been provided any of the discovery evidence before court. Once again, the police officer failed to appear for the court appearance despite the fact that the prosecutor sent him a notice to appear. As a result, the judge had no choice but to dismiss the case completely.

This was a great result for our client and the Tormey Law Firm. Now, he is eligible to move for an immediate expungement to have the arrest removed from his record. If you or a loved one needs assistance with disorderly persons charges in Hudson County NJ, contact the Tormey Law Firm now for a free consultation at 201-556-1570.