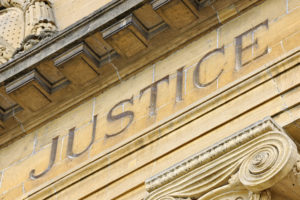 Arrested for a drug charge in Edgewater NJ? We can help. Our experienced criminal attorneys have handled thousands of drug cases throughout Bergen County including in Paramus, East Rutherford, Garfield, and Lodi. Here is an example of a drug offense we handled for our client in the Edgewater Municipal Court.

The Bergen County NJ criminal attorneys at the Tormey Law Firm did it again: Marijuana charges against one of our clients were dismissed in Edgewater Municipal Court earlier this week. Our client was charged with a disorderly persons (misdemeanor) offense of possession of marijuana under 50 grams, a violation of N.J.S.A. 2c:35-10(a). He was facing the following penalties: a $1,000 fine, up to six (6) months in the Bergen County jail, probation, a driver’s license suspension of six (6) months to two (2) years, and a permanent criminal charge on his record. That criminal conviction would appear on background checks for work, school, professional licenses, traveling in and out of the country, etc. As a result, and being a young man, it was imperative that we try to avoid all of these penalties associated with a marijuana possession conviction.

The client and his three friends were found in an alley in Edgewater outside a popular nightclub. There was marijuana lying on the ground among them and no one took responsibility for the drugs when police officers approached and questioned them. As a result, all four individuals were arrested and charged with marijuana possession. Then, when we appeared in court, one of the other co-defendants admitted that the marijuana was hers and exonerated the other parties. Based on this admission and her acceptance of responsibility, the other charges were dismissed against our client. Now, he has no criminal record from this incident. However, there is a record of the arrest. This arrest is eligible to be expunged from his record immediately now that the charges were dismissed. Once the expungement is granted, it is as if this incident never occurred.

Arrested for Drug Charge in Edgewater? The Tormey Law Firm Can Help

As you can imagine, this was a great result for our client and the Tormey Law Firm. If you or a loved one needs assistance with a marijuana charge in Bergen County NJ, contact our offices now for immediate assistance at 201-556-1570. The initial consultation is always provided free of charge.