“While Burglary in NJ can be graded as a second or third degree crime, it is always a felony offense. Exposure to a prison term of 3 to 10 years means you need an aggressive defense approach.” 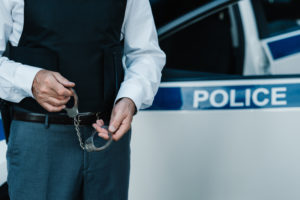 Arrested for Burglary in NJ?

Burglary charges are more complicated than they might seem at first glance. For instance, a lot of people mistakenly believe that burglary is a theft offense that necessarily involves stealing cash or other property. However, burglary is considered a property crime because it involves entering or remaining inside of a building or structure without the owner’s permission. While theft charges often accompany burglary charges when the offender steals something after unlawfully entering a home or business, burglary by itself is more akin to trespassing. Add to that the intention to commit a crime, and you’re most likely to be charged with a burglary offense. Regardless of how burglary is defined, one thing that everyone should understand is that New Jersey law always classifies burglary as a felony. This means that anyone convicted on burglary charges is subject to a lengthy prison sentence, significant monetary fines, and a criminal record. The best way to avoid these negative outcomes is to have an experienced criminal defense lawyer representing you in your burglary case.

The criminal defense lawyers at The Tormey Law Firm have extensive experience in handling burglary charges.  We have former New Jersey prosecutors, judicial law clerks, and attorneys with over 35 years’ experience practicing criminal law in New Jersey on our staff helping us to assess cases from both sides of the court-room, and we have advanced defensed strategies specifically for burglary cases.  You can read about some of our burglary success stories on this site.

Our firm is absolutely dedicated to providing the best criminal defense for your legal issues, and we are available for free consultations regarding your criminal matter. We are happy to tell you the exact strategies that we will use to fight your case. (201) 556-1571

The New Jersey Criminal Code explains the offense of burglary and sets the parameters for burglary charges in N.J.S.A. 2C:18-2. Per the law, a person can be charged with burglary in one of three circumstances:

Requirements for a NJ Burglary Conviction

Once you are charged with burglary, that is obviously not the end of the story. Your case will be transferred to the Superior Court in the county where you allegedly committed the burglary, and then a grand jury will be convened. If the grand jury issues an indictment, your case will move forward toward what may ultimately be a trial. At trial, the prosecution will need to prove certain elements to secure a conviction. If the prosecution fails to establish any of the necessary elements, your charges should be dismissed and the court should find you not guilty.

The three elements that the state must prove in a burglary case are that you (1) entered or remained in a structure; (2) did not have permission to do so; and (3) intended to commit a crime on the premises. For the first element, proving that you set foot inside a structure, is typically the easiest for the prosecution because there may be eyewitnesses or video surveillance footage showing you in the building. For the second element, the prosecutor could run into difficulty if you were in a commercial building that is generally open to the public. In that case, the prosecutor may need to show that you entered the building outside normal business hours, and that there was a visible sign or other clear indicator that entrance was prohibited at that time. For the third element, the prosecution must establish your intent to commit a crime in addition to the underlying burglary, which typically means showing that you entered the structure to commit theft, vandalism, assault, domestic violence, etc. Absent this last showing, the burglary charges could be downgraded to a lesser offense of trespassing.

Burglary Charges in NJ: A Second or Third Degree Crime

Burglary is a second degree or third degree indictable criminal offense in New Jersey. A second degree offense has a presumption of incarceration and a state prison range of five (5) to ten (10) years. A third degree offense, on the other hand, has a presumption of non-incarceration (if you have no prior record) and a state prison range of three (3) to five (5) years.

Section 2C:18-2 includes a subsection on the grading of burglary charges. In typical cases, burglary is classified as a third degree felony. When the burglary involves violence, threats, or a deadly weapon, the offense is graded higher and classified as a second degree felony. In general, the key distinction between the second degree and third degree grading is that a third degree burglary becomes a second degree burglary if anyone is injured as a result, or the burglar is armed at the time of the offense. More specifically, the statute dictates that an elevated charge is appropriate when the offender purposely, knowingly, or recklessly attempts to injure someone during the course of the burglary, or threatens to injure someone during the course of the burglary. For example, if you break into a home and threaten to punch or otherwise physically harm another person for any reason, you will probably face elevated charges. The same is true if you break into a home while armed with a handgun or any other type of firearm.

The significance of facing second degree burglary charges instead of third degree burglary charges cannot be overstated. For starters, the sentencing range becomes much higher: 5-10 years in prison for second degree offenses, as opposed to 3-5 years in prison for third degree offenses. Moreover, a conviction on second degree burglary is far more likely to result in you serving a mandatory minimum term of incarceration. That’s because burglary is listed in the No Early Release Act (NERA), and only egregious, violent crimes are covered by this statute. The NERA calls for defendants to serve at least 85 percent of their total sentence before they become eligible for release on parole.

These penalties can be fairly severe, though you can fight them.  To learn a little more about fighting burglary charges, please take a look at our Top 5 Ways To Beat A Criminal Charge.

In addition to facing more substantial prison time for the underlying burglary charge, another implication of a second degree charge is that you are likely to face additional charges for companion offenses. Some of the most common companion charges in burglary cases include theft, Aggravated Assault, Simple Assault, Possession of a Weapon for an Unlawful Purpose, Unlawful Possession of a Weapon, and domestic violence offenses. The exact charges you face will depend on which offenses you allegedly committed or attempted to commit during the burglary. All these charges carry severe penalties, and the possibility of consecutive sentences being imposed means that the prison sentences for each offense could be stacked on top of each other.

Burglary can also be connected to Domestic Violence, depending on the circumstances. This may be the case when the break-in occurred at a residence belonging to a spouse, significant other, or someone you are or previously were dating. For example, if you forcibly enter the home of your girlfriend and she calls the police, you could face burglary charges as well as charges for any related offenses you allegedly committed once inside the residence. Beyond that, there could be civil consequences in the form of a Restraining Order stemming from the alleged domestic violence offense.

For more information on burglary charges in New Jersey, contact the experienced criminal defense lawyers at The Tormey Law Firm. Our battle-tested defense attorneys are prepared to defend you from arrest, to detention hearing, to pre-indictment proceedings, to trial. We have the strategies and tools to examine all of the facts and elements of your case and plot your course for the best chance of a dismissal, reduction, or alternative to prison. Contact (201) 556-1571 for a free consultation. A member of our criminal trial team is available immediately to assist you.

The statute that addresses burglary charges is provided in its entirety below for your reference.

a. Burglary defined. A person is guilty of burglary if, with purpose to commit an offense therein he:

(1) Enters a research facility, structure, or a separately secured or occupied portion thereof unless the structure was at the time open to the public or the actor is licensed or privileged to enter; or

(2) Surreptitiously remains in a research facility, structure, or a separately secured or occupied portion thereof knowing that he is not licensed or privileged to do so.

b. Grading. Burglary is a crime of the second degree if in the course of committing the offense, the actor:

(1) Purposely, knowingly or recklessly inflicts, attempts to inflict or threatens to inflict bodily injury on anyone; or

(2) Is armed with or displays what appear to be explosives or a deadly weapon.

Otherwise burglary is a crime of the third degree. An act shall be deemed “in the course of committing” an offense if it occurs in an attempt to commit an offense or in immediate flight after the attempt or commission.