“Domestic Violence offenses include many acts of violence and threat of harm in NJ. The accused may face serious charges, penalties, and a restraining order.” 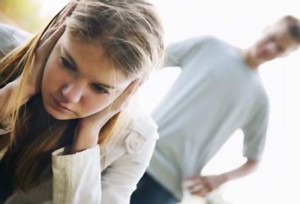 New Jersey enacted the Prevention Against Domestic Violence Act (N.J.S.A. 2C:25-17) in 1991 as a means to protect alleged victims from continued abuse at the hands of another. Under the Act, domestic violence occurs when a person, in a relationship defined under the law, commits a prohibited predicate act of violence. Generally, the Act allows for a victim of domestic violence to apply for a restraining order that forbids the abuser from having any future contact if a judge finds grounds for a restraining order at a hearing. Often, accusations of domestic violence can lead to criminal charges and a restraining order. It is important to understand the difference and what consequences you are facing on each. Luckily, we can handle both the criminal charges and the domestic violence restraining order for you and we have done so for thousands of clients over the years. You could be facing jail time, probation, fines, forfeiture of your weapons, and this could effect your professional license and ability to travel in and out of the United States. You also could have a permanent criminal charge on your record. For more information regarding your specific domestic violence case in NJ and how we can help, contact our offices anytime for a free initial consultation at 201-556-1570.

Domestic Violence in New Jersey can refer to a number of charges, called Predicate Acts of Domestic Violence. If you’ve been charged with a domestic violence related crime in NJ, it is important to understand what penalties you’re facing, and learn how we can beat those specific charges.  You can also read through our Top 5 Ways To Beat A Criminal Charge series for some strategies that we can use to beat any criminal charge in New Jersey.

Domestic Violence Can Lead to a Restraining Order in NJ

Once a victim has obtained a temporary restraining order, a final restraining order will either be issued or denied at a Final Restraining Order hearing. If the Judge believes that the alleged abuser is in a specified relationship under the act (girlfriend/ boyfriend, family member, former household member, parents of a shared child), committed a predicate domestic violence offense, there is a history of abuse, and the victim is in reasonable fear for their safety, the order will be issued. If these conditions are not met, the request will be denied.

If the police are called out to investigate an incident of domestic violence and there are some physical signs of injury, they must file a complaint against the alleged abuser. For example, perhaps a man calls the police and says his girlfriend is drunk, scratched his face, and hit him in the head with a wine bottle. He is scared she will not stop and he does not know what to do. When the police arrive, they observe several scratches on his face and feel a lump on his head. He denies what he said over the phone and does not want a restraining order because he fears that his girlfriend will get in trouble or break up with him. Nonetheless, the police charge his girlfriend with simple assault because they observed physical signs of injury. As a result, the girlfriend would receive a notice to go to municipal court to answer to the charges. This is just one of countless examples of how domestic violence charges can arise in New Jersey. For more information about how police handle responding to a domestic violence scene, view the NJ Guidelines on Police Response Procedures in Domestic Violence Cases

If Arrested for Domestic Violence in NJ, You Must Have a Detention Hearing

Individuals arrested for any domestic violence offense in New Jersey must be arrested and held in jail until the state runs a risk assessment and determines their eligibility for release from detention pending the resolution of their case. The one exception is domestic violence cases involving harassment. After being charged with a crime of domestic violence, you will be taken to the police station. The police will gather your identifying information and contact the prosecutor’s office who will in turn communicate with Pre-trial Services, a division of the Court. Pretrial Services will enter your information into a computer program that processes the data and provides a score. This is known as a Public Safety Assessment (PSA) and takes into account your past criminal history, pending charges, and any prior bench warrants.

The PSA displays a score which will indicate to the court that you should either be held or released pending trial. Thereafter, regardless of the score, the prosecutor reviews the crime, facts, as well as the score and can file for detention or release her. If the prosecutor files a motion for detention, you will have a detention hearing where the state will attempt to prove that you should not be released until your case is over. You are entitled to have an attorney representing you at this hearing and should absolutely have an experienced criminal defense lawyer arguing for your release. Otherwise, you run the risk of being in jail for months.

Essentially, if detained, you will remain in jail until a trial occurs at a much later date. If the prosecutor releases you, you will be given a date to attend either municipal court or superior court, depending on the degrees of the charges.

Penalties for NJ Domestic Violence Offenses Can be Severe

The specific charges in your domestic violence case will determine the penalties to which you are exposed if convicted. For example, you may be charged with a disorderly persons offense such as simple assault, which carries up to 6 months in the county jail and up to $1,000 fine. On the other hand, if charged with a third degree crime for aggravated assault, you could face up to 5 years in state prison and a felony conviction on your criminal record. In general, indictable crimes for domestic violence are handled in superior court and may result in between 18 months and up to 30 years or even life in prison depending on the specific criminal accusations. All disorderly persons and petty disorderly domestic violence offenses are heard in municipal court and may result in up to 180 days in jail plus a one thousand dollar fine. Petty disorderly persons offenses like harassment carry up to $500 in fines and 30 days of jail time.

Additionally, unlike other statutes and crimes, anyone convicted of an act of domestic violence in New Jersey will face other punishments on top of the typical jail sentences, fines, etc. This is because all courts are mandated by the State to order you to forfeit your firearms ID card, forfeit any weapons, be prohibited from purchasing or applying for weapons, and to pay a domestic violence surcharge of $100.

Just as there are enhancements in the charging and sentencing for certain domestic violence offenses, there are pre-requisites for offenders of domestic violence who wish to be admitted into Pre-Trial Intervention (PTI-first time offender program). For example, there is a presumption against admission into PTI if the case involves domestic violence even if it is your first offense. However, if your attorney is able to convince the prosecutor and criminal division to accept your application, , you will be required to plead guilty as a condition of admission. This is different from most cases, as guilty pleas are not usually required and bars to admission are often reserved for higher level offenses.

How Can a Lawyer Help with my NJ Domestic Violence Case?

People without the most experienced domestic violence lawyers do a disservice to themselves, as the risk is too high for less than the best outcome. Our domestic violence defense attorneys in New Jersey know how to attack your case, and we explain how we plan to do that when you consult our knowledgeable lawyers. Call for a free consultation at 201-556-1570 now.