Grounds for a Restraining Order in New Jersey

Can Anyone Get a Restraining Order in NJ? 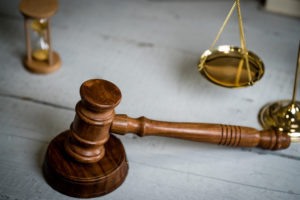 Who Can Get a Restraining Order in New Jersey?

Anyone requesting a restraining order must meet certain requirements. The alleged victim must be 18 years or older or an emancipated minor, who has been subjected to domestic violence, by another person against whom the order is sought. The person accused of domestic violence must be a spouse, former spouse, current or former household member, or someone that the victim has had a dating relationship with, is expecting a child, or has a child is common.

Examples of Who Is Eligible for a TRO

The following are a few common examples of scenarios in which there is an eligible relationship to seek a restraining order.

Perhaps a man and a women have been dating exclusively for 1 year. They have an argument and break up on Tuesday. On Saturday, the woman wakes up to go to work and finds that someone has slashed her tires. She receives a text message from the man saying “have fun getting to work – have a great day.” A neighbor’s surveillance camera shows the man popping her tires with a knife the night before. If this type of behavior continues, the she can seek a restraining order because she was previously in a dating relationship with the man. Breaking up has no impact on the woman’s standing to seek a restraining order.

A second type of case that often happens involving people who have engaged in a sexual relationship. For instance, let’s say two young adults attend the same college and are friends. Occasionally on the weekend after partying and drinking, they meet after hours and engage in some type of sexual conduct together. They do not consider themselves to be dating but do meet about 3 times a month. One becomes irate when they find out that the other has been enjoying late night visits from a roommate. They argue, one smashes the other’s phone and begins to follow the other in their car on a daily basis. Despite the fact that they would not classify themselves as dating, the court would likely grant a restraining order because it would consider their facts to establish a “dating relationship.”

Family & Current or Prior Household Members

Let’s say there are two sisters who are now 28 and 30 years old. They have not lived together in 5 years. One has repeatedly harassed the other at work by texting, calling, emailing, and leaving terrible voicemail messages. The harassment victim may seek a restraining order because they are “former household members.”

Maybe a couple is going through a divorce and they argue constantly, as they still live together. One person gets so angry that they cut up and burn the other’s clothing. The two have an argument that escalates into physical violence where the person who burned the clothes assaults the other. The victim can file for a restraining order.

What is Required for a Restraining Order in NJ?

In order to get a restraining order, you first have to prove that an act of domestic violence occurred. The statute lists a multitude of crimes or quasi-criminal offenses that would qualify such as: harassment, assault, terroristic threats, criminal trespass, criminal mischief, kidnapping, criminal restraint, and burglary to name a few.

The person seeking the restraining order must also prove that prior instances of domestic violence have occurred between the two parties. For example, if your ex says “I will punch you” and they only say it once after a bad argument, you will most likely not be able to establish grounds for a restraining order if there are no prior acts of violence. The court will look at the prior history between the parties and any other acts of domestic violence that were previously committed (reported or unreported).

Finally, the applicant must prove that they are in fear for their safety and the fear is rational and reasonable under the circumstances. The court will not issue a restraining order that appears to be opportunistic and or if there is no clear demonstration of fear. For example, if a couple is divorcing and it appears that the only reason that the wife filed for a restraining order was to get back at her husband, retain marital property, or obtain full custody of the children, the court will likely not issue a final restraining order.

Do I Need a Lawyer for a Restraining Order in NJ?

If you are seeking a restraining order, you not do absolutely need an attorney in order to get one. However, having a lawyer who is very familiar with the laws and experienced handling restraining order cases can significantly assist you with establishing grounds for the order. Our lawyers are well-versed in New Jersey domestic violence laws and we know how to show that you are a protected person under PDVA, that an act of domestic violence has occurred, that your abuser has done such things before, and that you are in fear for your safety.

What if I’m a Facing a Final Restraining Order, Is a Lawyer Needed?

If you have been served a temporary restraining order, it is highly advisable to seek legal counsel. You are facing some serious consequences and an experienced restraining order defense lawyer can be a critical asset to your defense. If you are the person against whom the order is sought, our lawyers will thoroughly evaluate the complainant’s case and all of the evidence to develop the best defense strategy. We challenge the evidence presented as well as cross-examine them and any witnesses they present during the final hearing. We also present witnesses and evidence on your behalf to undermine their side of the story and defend your innocence.

Seeking Help with Your Restraining Order Case in NJ

If you or anyone you know is involved with a domestic violence matter in NJ, do not delay in contacting The Tormey Law Firm today. We have extensive experience defending individuals facing restraining orders, as well as assisting those seeking retraining orders throughout New Jersey. Our attorneys understand that the results of a negative outcome on either side of a domestic violence case can be catastrophic and we are thoroughly prepared to fight for you. Contact us online or call (201)-556-1570 for a free consultation about your case.

« When Will a Court Lift a Restraining Order in New Jersey?
Researchers Develop New Breath Test for Marijuana »