“This page contains a series of videos and written information about marijuana charges, including a number of ways that I fight to have these cases dismissed.” 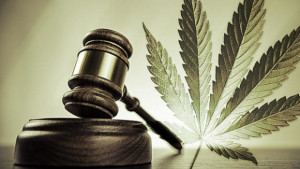 If you’ve just gotten arrested for a marijuana related charge, I understand that you’re worried but try to relax.  There’s a lot you can do when fighting this type of case, and as a New Jersey marijuana lawyer, I am familiar with all of them.  Before covering marijuana defense strategies, or talking about how to beat marijuana charges, it’s best to figure out what you are facing.

When trying to figure out how serious your charge might be, the first thing you need to look at is the actual weight of the pot you were caught with, specifically, how much it weighs. Until marijuana legalization laws went into effect in New Jersey, it was illegal for an individual to be in possession or under the influence of marijuana or hashish. In fact, tons of people found themselves arrested for less than 50 grams and charged with a “disorderly persons offense.”  This could be punished with up to a $1,000 dollar fine, up to six months in prison, a permanent criminal charge on your record, and possibly even a suspension of your driving privileges.

If you were arrested with any weight under 50 grams, you would be eligible for a “conditional discharge” if it was a first offense. Through conditional discharge, you are basically put on probation for a short period of time and if you don’t violate that probation, your charge goes away entirely.  You don’t end up with a record of any sort, and you are not “convicted” of any crime. For someone with more than 50 grams of marijuana in their possession, the penalties went up exponentially and often led to a felony conviction.

Between the significant penalties and the racial inequalities arising from marijuana charges and convictions alone, lawmakers started to examine marijuana offenses and the long-term impact of convictions on New Jersey residents and visitors alike. As a result, it was found that controlling the sale of marijuana in a way comparable to regulating alcohol and tobacco sales could bring social justice and positively impact society. Essentially, the new marijuana laws regulate the sale of cannabis and have established more relaxed penalties.

The next main factor pertaining to your charge is whether or not you can be convicted of trying to sell the marijuana. If so, this would be a “distribution of marijuana” charge.  These are always more serious, as being an illegal source of drugs for others is frowned upon much more than being a recreational user. For purposes of distribution, more than one ounce can result in felony-level charges. Distribution of one ounce or less of marijuana follows a comparable warning system to underage offenders. For the first offense, the adult is issued a written warning but when it has occurred two or more times, the individual is subjected to a fourth degree criminal charge.

These also come with a suspension of your driver’s license and all marijuana distribution charges are made a lot worse if you happened to be within a school zone.

The prosecutor will basically try to make the evidence support the claim that you were in fact selling marijuana. Stuff like scales, little plastic bags, piles of cash, or pre-weighed marijuana doesn’t look good. Simply having a certain amount in weight of marijuana can imply the intent to distribute it. Even worse, someone might have been caught leaving your establishment with marijuana, or they may have been arrested and told on you, making them a “confidential informant”.  All of this stuff will work against you as the prosecutor tries to prove beyond a reasonable doubt that you were distributing this illegal substance.

Minors, in possession or using marijuana, are now simply provided written notice. It is no longer a disorderly persons offense. Subsequent offenders are given additional written notice and often referred to drug treatment. This is a significant change because juveniles that previously faced serious penalties a few years back for possession of marijuana, are now able to get a simple slap on the wrist. Those that were set on a path in the legal system because of marijuana charges and/or convictions, had a blemished background for years. In today’s society, that is no longer a reality. Nevertheless, just as adults, those under the legal age to possess marijuana with more than 6 ounces are subject to a felony charge and an appearance in the Superior Court. Further, it is still illegal for adults and individuals under 21 to distribute large amounts of marijuana and its related products, which could turn into a felony conviction.

These are some ways that you can potentially beat these cases:

Many times the arrest is made during a traffic stop in which the officers smells, sees, or mysteriously detects the marijuana in your car.  I don’t care how he finds it, the vehicle stop itself has to be legal.

For example, if the officer pulls you over because your music was loud, it looked like you were speeding, he didn’t like the color of your car, or he just had a hunch, then most likely you can get your case dismissed.  The officer needs to present a valid reason for having conducted this vehicle stoppage, or anything that resulted in his pulling you over is thrown out.

If for some reason the officer decides that he wants to search your vehicle or home without reason and without your consent, this is an illegal search.  As seen in the movies, he needs a warrant or probable cause to go through your personal property.  If the police conduct an illegal search, it doesn’t matter what they find, it’s thrown out entirely.

That little bag (or big bag) or marijuana has to go through a number of hands before it’s enough to convict you of a drug crime.  The officer has to take it to the station, then it’s checked into the evidence room, then it’s taken to a lab where a scientist tests it, then it’s sent back to the station. Many people handle this evidence and possibly make any number of errors in the paperwork. This presents an unclear “chain of custody”.  If any of this stuff just doesn’t add up, your case can be dismissed entirely.

Your marijuana needs to be tested to prove that it’s marijuana and not a pile of pencil shavings.  Sometimes these reports come back inconclusive, and sometimes the tests themselves are done improperly.

If mistakes are made in this lab, you could have your case dismissed and the charges disappear.  No one is perfect, and that includes the employees of a laboratory or the people that design the tests themselves.

Defense #5. “Challenging the “Possession” of Marijuana”:

A simple “that’s not my marijuana” case can certainly work.  If you live with multiple people, if there are a number of people in a vehicle where marijuana is found, if you have borrowed someone else’s car, or if it’s simply not fully provable that the marijuana belongs to you, you could beat this case.

Instead of fighting the case, we could always enroll you into a diversionary program like the pretrial intervention program or “PTI“:

There are quite a few ways to beat such charges… this is simply my top five.  Everything varies on a case by case basis, and the only way to truly plan a strategy is to go through every detail of your arrest and the discovery with a fine tooth comb.  From there, you can begin to figure out both what you’re facing, and the best way to attack the state’s case.  If you have any questions, please feel free to call me at any time.