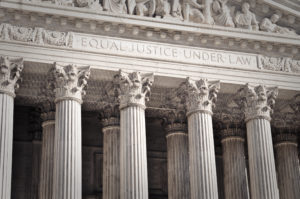 Arrested for aggravated assault in Fort Lee NJ? We can help. Our lawyers have literally handled thousands of domestic violence cases over the years throughout Bergen County including in Palides Interstate Park, Elmwood Park, Ridgefield Park, and Edgewater. Here is an example of a real case we handled for a client accused of aggravated assault in Fort Lee, New Jersey.

The criminal defense lawyers at the Tormey Law Firm LLC represented a client in July 2016 who was charged with aggravated assault after an alleged domestic violence dispute in Fort Lee, New Jersey. Our client was a young woman with no prior criminal history who was facing years in state prison, a permanent criminal charge on her record, and potential immigration issues since she is not a United States citizen. Our client and her girlfriend had an argument and at some point mace was sprayed during the altercation. The Fort Lee police responded and charged our client was aggravated assault based on the mace being sprayed. The alleged victim suffered no injuries from the alleged aggravated assault.

The alleged victim did not want to press charges. Since she refused to testify, the State could not prove the case against our client. First, the case was downgraded from the Bergen County Superior Court in Hackensack from a felony aggravated assault charge to a disorderly persons offense for simple assault.

The simple assault charge was handled and dismissed in the Fort Lee Municipal Court after the alleged victim appeared and spoke to the prosecutor and made it clear that the charges should be dropped. The client has since retained the firm to expunge her arrest record so the incident will be completely removed from her background.

This was a fantastic result for our client and the Tormey Law Firm LLC. For a free initial consultation on your case, contact us anytime at 201-556-1570.