“Changes in bail procedures in New Jersey mean you can be arrested and held in jail for your entire domestic violence case. This is why you need an aggressive defense at your detention hearing.” 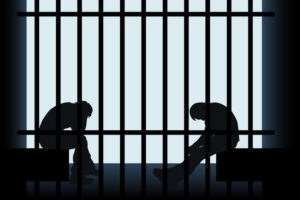 New Jersey’s bail reform is both good news and bad news for those accused of crimes, and it’s the latter for those charged with domestic violence offenses. If you are arrested for getting into a scuffle with a neighbor and charged with simple assault, you may be processed at the police station pending your appearance in court. However, if you are charged with simple assault after a fight with your spouse or someone else who qualifies as a victim of domestic violence, bail reform is not good news. In fact, you will be held until you are seen by a judge and may be forced to stay in jail for the duration of the criminal proceedings if a detention hearing doesn’t go your way. When you have a detention hearing for domestic violence, an experienced New Jersey domestic violence defense lawyer attorney can help fight for your release from jail.

Don’t risk the damaging results of a bail decision against you. Whether it be in Bergen County, Essex County, Passaic County, Morris County, Union County, or elsewhere in New Jersey, the distinguished domestic violence defense attorneys at The Tormey Law Firm can fight for you. With a track record that includes thousands of successes handling domestic violence cases and restraining order trials in courts statewide, we have a team with in-depth insight into domestic violence laws and procedures, as well as fundamental command of the defense approaches that can be employed in these cases. We’ve done it many times before, and we will do everything in our power to best handle your case and your defense. For a free consultation regarding your upcoming detention hearing in New Jersey, contact our criminal law firm today at (201)-556-1570. A seasoned New Jersey criminal and domestic violence defense lawyer is standing by to provide the help you need now.

New Jersey’s bail reform replaced cash bail for a release risk assessment. With the new reforms ushered in and specific guidance from the Attorney General, a defendant’s detention hearing occurs shortly after their arrest. At the hearing, the judge decides to either release the defendant, relying on the defendant to return to court as ordered and imposing other conditions as necessary, or order that the defendant stay in jail pending the next hearing or the resolution of their case. If you are charged with a domestic violence offense, however, your options are limited. The Prevention of Domestic Violence Act, a New Jersey legal framework designed to protect victims of domestic violence, identifies specific offenses that are considered predicate acts of domestic violence, such as terroristic threats, burglary, criminal restraint, and simple, aggravated, and sexual assault, to name a few. Anyone charged with these in the context of domestic violence are subject to detention hearings.

A defendant charged with domestic violence indictable or disorderly persons offenses in a criminal complaint must attend a detention hearing when a court decides whether the accused defendant remains in jail after arrest or is released upon swearing to return to court for scheduled hearings on the case. The process begins when a prosecutor files the motion to seek pretrial detention of the offender named in a criminal complaint. Detention hearings are held before the defendant’s first appearance generally, and if filed after the first appearance, the motion is heard within three days of the filing of the motion. The defendant may appear with an attorney at the hearing and give testimony to argue against the prosecutor’s motion. This is where your lawyer needs to make the most compelling case possible that you are not a danger to the community, the alleged victim, a flight risk, or likely to fail to appear in court on required court dates.

If some set of conditions of release do not assure the court that the defendant will appear at future hearings, prevent the defendant from obstructing the criminal process, or keep the community safe, detention is presumed. It is also presumed if the defendant committed murder or another crime with a life imprisonment sentence attached to it. Otherwise, the presumption is that bail or other conditions will secure the defendant’s cooperation on all considerations for release. Unless the defendant is charged with murder or other crimes carrying life sentences for which the defendant is presumed to be detained in jail pending the outcome of their case, the presumption of release can be challenged by the prosecutor with clear and convincing evidence to the contrary. However, a court has discretion to release a defendant if the defendant cannot prepare their defense while incarcerated or for other significant reasons.

The elimination of the bail option was meant to make the determination of pretrial detention less subjective, meaning reliant on a judge’s leanings or impressions from the evidence. It is now more objectively evidence based on specific criteria of risk assessment. The judge may take into consideration nine factors, when assessing risk, such as:

The court comes up with a public safety assessment score based on the nine factors, giving each factor its due weight. Then, the court follows a ten-step process, known as the decision-making framework, to decide whether to release or detain the defendant. This framework is a tool used, not only to arrive at a release recommendation, but also manage the risk factors identified in the public risk assessment.

At the end of the day, it is up to the judge to review the results of the public safety assessment in combination with evidence and arguments presented by the prosecution and defense, to arrive at a decision regarding detention or release after a detention hearing. Since a public safety assessment includes the safety of the community, and the alleged domestic violence victim is part of the community, the detention hearing considerations are not weighing in the accused’s favor on the face of it. This is why it is so imperative to have a qualified New Jersey domestic violence defense lawyer to show to the court that you are not, in fact, a threat if released. Providing evidence as to your good standing in the community, your continued employment, family and other responsibilities, and similar facts that attest to your cooperation with the court and general compliance with the laws of the state can position you for a favorable outcome when you desperately need to get out of jail.

Have a Detention Hearing for Domestic Violence in NJ? Put Experience on Your Side

Since your domestic violence case has yet to be decided and you find yourself at the very beginning of a complicated journey with high stakes, seek counsel from the legal team at The Tormey Law Firm. The lawyers at our defense firm are highly experienced with domestic violence detention hearings. We know how to negotiate the delicate road of risk factors that weigh for and against you getting released from jail, and how to craft the most comprehensive and compelling defense in your service of your innocence thereafter. We handle domestic violence criminal charges, restraining order trials, and detention hearings for clients throughout New Jersey. Contact (201)-556-1570 for personalized guidance and assistance in a free consultation.