Under the Influence of Drugs (CDS) in Public – Marijuana 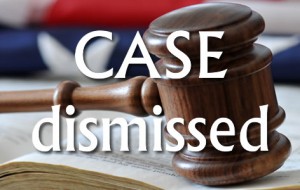 Under the Influence of Drugs in Public NJ

Have you been arrested and charged with being under the influence of drugs in a public place in Morris County? Contact us now for immediate assistance.

The drug crime defense attorneys at the Tormey Law Firm recently achieved another great outcome for a client in Morris County: dismissal of a criminal charge. Our client was charged with the criminal use of a controlled dangerous substance pursuant to N.J.S.A. 2C:35-10(b) by the Washington Township Police for the alleged use of marijuana. After a motor vehicle stop, the officer smelled an odor of marijuana emanating from the car, and our client was a passenger. Although the officer did not locate any marijuana in the vehicle after an extensive search, the officer conducted field sobriety tests of the driver and our client. Based upon the officer’s observations, he determined that our client had recently smoked marijuana and issued a criminal summons for violation of N.J.S.A. 2C:35-10(b), a disorderly persons offense. This case was handled in the Washington Township Municipal Court.

The punishment for a conviction under N.J.S.A. 2C:35-10(b) includes a fine of up to $1,000, up to six (6) months in the Morris County jail, a $500 Drug Enforcement Demand Reduction (DEDR) penalty, and a six (6) to twenty-four (24) month loss of driving privileges. Fortunately for our client, the Tormey Law Firm was able to get the case dismissed after a careful review of the investigative reports and motor vehicle recording from the patrol car, and only a few meetings with the municipal prosecutor. By the end of the case, our client walked out of court without a conviction and none of the above penalties.

Now, he is eligible to immediately move to expunge the arrest from his record. Because the case was dismissed entirely, there is no waiting period for him to apply to expunge his arrest record. And, because he was fingerprinted and processed, there is a record of the arrest that will currently appear on a background check. Once the expungement is complete, the arrest will be completely removed from his record and this entire incident is like it never happened.

If you are facing criminal charges in Morris County for the possession or use of marijuana or any other controlled dangerous substance, the Tormey Law Firm is ready to help. We have successfully defended countless drug cases in Morris County, including Washington Township Municipal Court, and we are ready to fight for you too. Contact our offices now for a free initial consultation at 201-556-1570.