“Simple assault is a good charge to fight. I have a number of advanced strategies that I use to beat these cases. This case was handled in the Florham Park Court in Morris County NJ.” 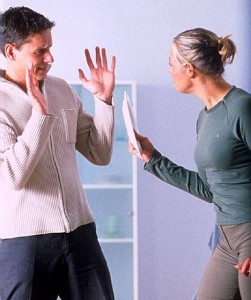 This success story might be different than your simple assault case.  However, you should watch our video series on defending assault charges to see which of my defense strategies can best apply to your case.  Also, feel free to call my office for a free consultation.

As a result, for the State to prove the alleged assault charges in this case, the victim must testify because any statements the alleged victim previously made to law enforcement are known as “hearsay” and are not admissible at trial. Consequently, because the husband was not willing to testify, the charge was dismissed after a 90 day “cooling off” period.

Because there were no other incidents between the parties during the 90 day period, the charges were dismissed at the end of the 90 days. Finally, sometimes in domestic violence cases the judge requires the defendant to undergo an anger management evaluation and comply with any recommendations of the evaluator. This was not necessary in this case.

The defendant has no criminal record as a result of the dismissal. The only record is of the arrest (because she was fingerprinted and processed). If she chooses, she can hire an attorney to file an expungment to have the arrest removed from her record as well. There is no waiting period to file an expungement when the case is dismissed entirely.