“This is an example of an Airsoft firearms charge in New Jersey that I was able to avoid using a pretrial diversionary program.” 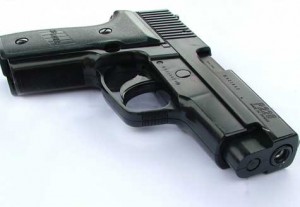 In New Jersey Airsoft, pellet, and BB guns are all considered firearms. It is required by law that any person that has one of these get a permit for it. Without the proper permit, possessing an Airsoft gun or similar type of gun is a third degree crime by law. This frequently catches people off guard, thinking that the gun is more like a toy than a weapon, but this is far from true. It happens often though, when a person unwittingly finds themself arrested and charged with a serious weapons offense. By way of example, here is a case where I was able to help my client who was charged with unlawfully possessing an Airsoft gun, to avoid prison and a criminal record by securing his admission into a pre-trial diversionary program.

I recently represented a college student who was on vacation with his family when he and his friend started playing around with some Airsoft guns.  If you’re not familiar, these are the guns that shoot little plastic pellets, and they kind of sting.  As boys their age typically do after purchasing such things, they decided to test them out.

At first, they were messing around with the guns simply shooting them off of the balcony of their vacation home.   There was an empty parking lot across the street from the property so it was a seemingly perfect place to shoot some plastic balls.  After a while, the boys were trying to fire the air guns at moving vehicles, a typical good teenage idea. Unfortunately for them, one of the cars that they shot was actually an unmarked police car. Needless to say, the boys quickly regretted their decision to aim for moving targets.

The boys had no clue that by crossing state lines, they were privy to these different laws and were shocked when they were charged with third degree unlawful possession of a weapon. As a result, with these charges, a conviction could lead to prison for between 3 and 5 years.

My client had no prior criminal record and was enrolled in Bible College in Pennsylvania. That’s right, Bible College. Based on those facts alone, I felt that it would be easy to build a case that would show that he had no harmful intent.  From volunteering with his church youth group to, on a regular basis, participating in community service, it was safe to presume that it would be easy to attest to his good character.

I went around to different community members in his area and easily received 25 letters of recommendation and character references.  These letters came from a variety of different people, including his pastors, church members, teachers and family.

My client seemed to be a good candidate for the Pretrial Intervention Program. This is for people with no prior criminal record, who can basically get a second chance at a clean record.  If PTI is successfully completed there will be no record of conviction and no criminal record.

Because my client was a first-time offender and had great references, this would have been his best option.  The only problem was that this program is not usually something that is offered to people who are being faced with gun related charges. This is where having a known defense attorney lobbying hard for your case really makes a difference.

I put together a detailed package that included all of the letters I obtained on his behalf and submitted it to the Cape May County Prosecutor’s Office for enrollment.

After the waiting game was done, we found out that based on the case that I had put together and submitted, he was allowed to participate in the PTI program. He had to be in the program for only 18 months, and after that his charges would be gone completely.  Compared to the three to five years he would have faced otherwise, I would say this was the best result anyone could have asked for. He completed the program, he experienced no criminal record, and no jail time.

This was the outcome that we wanted and the client was highly satisfied with the way his case was successfully resolved. He can now explore any and all potential future opportunities undeterred by a record with a criminal past.

If you have been arrested and are facing charges for Airsoft gun possession in New Jersey, call (201)-556-1570 now to discuss your specific case with an attorney who can provide answers and guidance tailored to your situation. We can be reached anytime for a free consultation.