“We know how to defeat DWI charges in Bergen County, NJ. Our DWI attorneys are familiar with police tactics and techniques, so we understand what to look for when challenging the validity of your DWI arrest.” 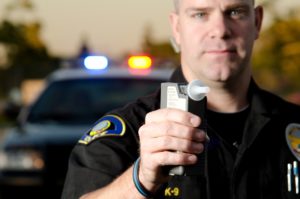 Have you been charged with DWI in Bergen County and you need a lawyer? You’ve come to the right place.

Travis J. Tormey recently represented a client who was charged with driving while intoxicated (DWI), refusal to submit to a breath test, leaving the scene of an accident, aggravated assault on a police officer, and resisting arrest in Bergen County, New Jersey. The client was arrested in Little Ferry, NJ after he allegedly struck a utility pole and then left the scene and ran into a fence, causing his vehicle to get stuck over the curb. Officers responded and observed his allegedly intoxicated state. After the accident, he was taken to the hospital to receive treatment for his injuries. At the hospital, located in Teaneck, NJ, he allegedly kicked a police officer and resisted arrest. He also refused to provide a blood or breath sample when he was taken back to the station. As a result, the client was facing more than a dozen charges, including both traffic and criminal offenses. This meant that he faced a potential state prison sentence, the loss of his driving privileges for at least two years, and deportation because he was a green card holder. If he was convicted of a felony charge, he would most likely be deported.

The first thing Mr. Tormey did was to get the felony charges downgraded back to the Teaneck Municipal Court. Now, the client was facing multiple disorderly persons offenses (misdemeanors), including simple assault and resisting arrest in Teaneck. Then, Mr. Tormey filed a motion to consolidate the two cases because they all revolved around the same incident. This motion was filed with the Assignment Judge of the Bergen County Superior Court in Hackensack. As a result, the criminal charges were transferred to Little Ferry to go along with the traffic offenses. Then, Mr. Tormey negotiated a deal with the prosecutor and the police officer, resulting in our client pleading guilty to DWI and refusal along with failure to report an accident in exchange for a dismissal of all other charges (including the criminal offenses).

Thus, our client lost his license for seven months but was able to avoid a felony conviction, stay out of state prison, and hopefully avoid deportation since he was not convicted of any criminal charges.