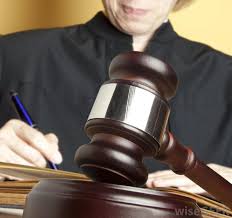 Do you need assistance with a restraining order case in Warren County? We can help.

The alleged harassment was our client yelling at her and telling her to “stop acting like an idiot”. This is not harassment or domestic violence. This temporary restraining order (TRO) should never have even been issued in the first place based on those allegations. In addition, she listed very little prior history of domestic violence and there was absolutely no reason for her to be in fear for her safety even if the alleged harassment occurred.

In order to obtain a final permanent restraining order in NJ, a plaintiff must prove all three elements by a preponderance of the evidence:

As a result, if a hearing was held, this temporary restraining order (TRO) almost certainly would have been dismissed by the judge. However, our Warren County NJ restraining order attorneys were able to speak to the plaintiff and she agreed to voluntarily dismiss the restraining order without having the final hearing.

This was the right result in this case and a satisfying result for our client. If the final restraining order was issued, it is permanent in NJ and never expires. Our client would have been fingerprinted, placed in a statewide database for domestic violence offenders and could not own firearms. The issuance could also effect him traveling in and out of the country, his immigration status if he is not a US citizen, and any professional licenses he may have.

If you or a loved one needs assistance with a restraining order matter in NJ, contact our offices now for a free initial consultation at 201-556-1570.