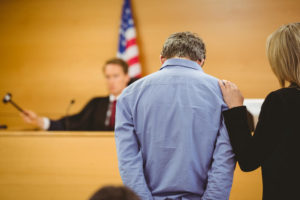 New Jersey has some of the toughest drug crime laws in the entire country, with prosecutors often seeking maximum sentences and judges often imposing the harshest punishments allowable under the law. For the most serious drug crime charges, especially those involving repeat drug distribution offenses and the selling of drugs to children, the penalties are even harsher. To make matters worse for defendants in these cases, NJ prosecutors are required to follow the Brimage Guidelines when offering plea deals to defendants charged with Brimage offenses. The Brimage Guidelines basically seek to ensure that a defendant charged with a serious drug offense will not be able to avoid prison time if they plead guilty or are convicted on the charges. However, there are ways that an aggressive and skillful criminal defense lawyer can challenge drug cases subject to the Brimage Guidelines, convince the court to allow for a waiver, or get the charges reduced or amended to allow you to avoid mandatory drug crime minimums that could jeopardize the rest of your life. Contact The Tormey Law Firm to talk to an attorney who can advise and assist you with your drug case in Essex, Bergen, Morris, Passaic, Union, Ocean County, or another county in New Jersey.

What the Brimage Guidelines Mean in New Jersey

In 1998, the New Jersey Supreme Court ruled in State v. Brimage that NJ prosecutors must follow certain guidelines when offering plea deals in serious eligible drug cases. At issue in that case was the constitutionality of N.J.S.A. 2C:35-12, a provision in the NJ criminal code that allowed prosecutors to waive mandatory minimum and extended terms of incarceration in post-conviction agreements in drug profiteering cases. The court sent what became known as “the Brimage Guidelines” to the NJ Attorney General and instructed county prosecutors to use them going forward. The purpose of the Brimage sentencing guidelines was to ensure fairness and uniformity in all drug cases. Toward that end, prosecutors in different counties are not typically allowed to waive or reduce minimum mandatory prison terms for certain charges involving controlled dangerous substances (CDS). This means that drug laws must be applied consistently by prosecutors, who have very little discretion to deviate from the Brimage requirements and usually have no choice but to seek a substantial prison sentence for defendants in these cases. Deviating from the horrendous consequences of a Brimage drug crime conviction is not out of the question, however.

The Brimage sentencing guidelines are in effect for certain drug charges in New Jersey, basically the ones understood by the state as very serious. Specifically, Brimage plea requirements apply in the following types of drug cases:

Generally speaking, only the most egregious or repeatedly committed drug charges are subject to Brimage sentencing guidelines. If you are charged with a first degree drug distribution offense, you are a repetitive offender charged with selling controlled substances, or if you are charged with one of the other drug offenses listed above, the prosecutor in your case will have limited discretion to waive statutory minimums when it comes to a prison sentence and/or parole.

Charged with a Brimage Drug Offense, What Happens?

Felony drug cases first require an indictment by a grand jury before a trial can happen in the Superior Court in the county where the offense allegedly occurred. Drug charges at the Superior Court level are decided by a jury, and the penalties often involve extensive prison time even without Brimage sentencing guidelines. For more serious drug charges that are affected by Brimage guidelines, the penalties can be even more severe because the prosecutor will not have the same discretion to waive any mandatory minimum prison sentence imposed by the NJ criminal code – whether it’s during pre-trial plea negotiations or after conviction. Instead, the prosecutor will need to determine what range of plea options are available under the sentencing guidelines.

This determination is made in accordance with a Brimage Plea Negotiation Worksheet. The prosecutor uses the worksheet to consider certain factors, such as the nature of the drug offense, the defendant’s criminal history, and the presence of any and all aggravating and mitigating factors. Point values are assigned for each aggravating or mitigating factor, with a high point total meaning that the prosecutor must seek the maximum prison term, and a low point total meaning that the prosecutor can make a downward adjustment and offer a plea deal on the lower end of the sentencing range. The prosecutor is not typically allowed to adjust the plea offer outside of the bounds of the worksheet or the Brimage guidelines. Since the NJ Supreme Court held that only authorized plea offers are allowed in these drug cases, there have been a few changes and updates that provide more latitude for defendants and their attorneys.

How Do the Brimage Guidelines Impact Penalties in NJ Drug Cases?

Ultimately, the Brimage guidelines have a profound impact on the penalties in many New Jersey drug cases. Basically, a Brimage drug case limits the prosecutor’s ability to offer plea deals with favorable terms for the defendant. If a drug case qualifies as a Brimage case, the prosecutor has very little discretion to waive or otherwise reduce prison time in exchange for the defendant pleading guilty. Not only will the defendant be subject to a mandatory minimum term of incarceration, but they will also be ineligible for parole for what could be a very long period of time.

Now, there are cases in which you can receive a Brimage Waiver if you meet the necessary criteria. Key factors when seeking a waiver of mandatory minimum sentencing under the Brimage Guidelines include the amount of drugs involved, the presence of a weapon or lack thereof, that the person charged wasn’t involved in gang activity at the time, their willingness to cooperate with the state, they aren’t also charged with a No Early Release Act offense, and there are not outstanding charges for eluding against them. You may also be able to secure a waiver if the state’s evidence has serious problems, which a good lawyer needs to know how to find and leverage to your advantage through pretrial motions and negotiations.

The bottom line is that if your NJ drug case involves drug distribution in a school zone, gang activity, a second or repeat drug distribution offense, or some other offense that qualifies for Brimage sentencing guidelines, you are certainly facing significant prison time. Sometimes, however, a knowledgeable criminal defense lawyer can get the criminal charges amended or reduced before a conviction or guilty plea. For instance, you may be eligible to have your case adjudicated in Drug Court, where the Brimage sentencing guidelines won’t apply.

Defendants in most New Jersey drug cases quickly realize that their freedom is at stake. The mandatory sentencing guidelines imposed in Brimage drug cases make it crucial for you to have a well-versed criminal defense attorney on your side very early in the legal process. While it might not be possible to get a favorable plea deal based on the original charges in your case, a skilled attorney may be able to get your charges reduced to a lesser offense so that the Brimage sentencing guidelines no longer apply. In the best-case scenario, it may even be possible to get your charges dismissed entirely due to lack of evidence, improper chain of custody of evidence, or illegal search and seizure by police.

Additionally, an attorney who understands the NJ criminal justice system might be able to secure your admission into a diversionary program such as Drug Court that emphasizes rehabilitation and drug treatment over punishment and incarceration, depending on what can be done with the underlying crimes you are charged with and your prior criminal history. And getting a Brimage waiver is be no means an easy task, so seeking legal counsel in these cases is just about as necessary as can possibly be. Contact our team of renowned New Jersey criminal defense attorneys at The Tormey Law Firm for help now. You can reach us 24/7 at (201)-556-1570 or send us a message for your free initial consultation.