Is Possession of CDS a Felony in New Jersey?

Is Possession of CDS a Felony in New Jersey?

“In this page, our NJ drug lawyers explain how the degree of Possession of CDS is determined under New Jersey law. We also discuss the penalties of a felony drug charge versus a disorderly persons offense.” 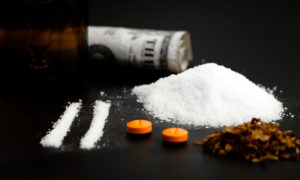 “Is possession of CDS a felony?” is one of the most frequent questions that clients ask us as New Jersey drug defense lawyers. The short answer: perhaps. Like many criminal charges involving drugs, the specific substance involved in your case determines whether or not the charge is a felony, meaning a first degree, second degree, third degree, or fourth degree crime, or a disorderly persons offense. A felony is an indictable crime, which means that the case is handled in the Superior Court in the county where it allegedly occurred. Specifically, a felony drug case is sent to the County Prosecutor’s office, where it is reviewed before they decide if it should remain at the county-level or if the charges should be downgraded and remanded to the local municipal court. If the State decides to keep the case up at the county, they will then present all of the evidence to a grand jury, which will decide whether or not to indict. If you are indicted, you will be prosecuted in court and have the option to take your case to trial, accept a plea, or if you are eligible, to apply for admission into a diversionary program such as Pre-trial Intervention (PTI) or the Drug Court Program.

As mentioned above, when you are charged with possession of CDS, in violation of N.J.S.A. 2C:35-10 the controlled dangerous substance that you allegedly had actual or constructive possession of is critical to determining whether or not it is considered a felony and if so, what degree of crime. Below we explain how New Jersey law determines if possession of CDS is a felony.

Possession of CDS is a disorderly persons offense when the substance involved is marijuana and the amount is less than 50 grams. Possession of marijuana under 50 grams is an extremely common charge in New Jersey. Because it is a disorderly persons offense, these cases are handled at the local municipal court in the town where the charges were issued. The potential penalties that you are facing include: up to 6 months in the county jail, a fine of up to $1,000, and a charge on your criminal record that can only be removed through the process of expungement. If this is your first offense, you may be able to enroll in Conditional Discharge, which is a program that allows you to complete a period of probation, after which the charges are dismissed.

If your case involves possession of a Schedule V drug, this is a fourth degree crime, which is punishable by up to 18 months in New Jersey State Prison, a felony conviction on your record, and a fine of up to $15,000. Fourth degree possession of CDS also applies in cases where the person had more than 50 grams of marijuana or more than 5 grams of hashish. The same penalties apply, except that the fine is increased to a maximum of $25,000. For first-time drug offenders, a fourth degree charge like this can be dismissed by successfully completing Pre-trial Intervention (PTI).

Many charges for possession of CDS are third degree crimes because possessing any other drug classified in Schedule I, II, III or IV is a third degree felony in New Jersey. Third degree crimes are the most serious under N.J.S.A. 2C:35-10 and entail penalties including a 3 to 5-year prison term, a felony on your record, and a fine of up to $35,000. Fortunatetly, third degree crimes entail a presumption of non-incarceration, which means that many defendants are able to resolve their cases without going to jail by completing PTI, the Drug Court program, or probation.

NOTE: In addition to penalties described above, any charge for possession of CDS also carries a mandatory 6-month period of driver’s license suspension if you are found guilty.

A possession of CDS charge is serious, but there are many ways to successfully resolve these cases in New Jersey, including defense strategies and diversionary programs to have the charges dismissed. To discuss your specific drug possession case with one of our defense attorneys, contact The Tormey Law Firm at (201)-556-1570. We always provide free consultations and with offices throughout New Jersey, we serve clients in Morris County, Bergen County, Essex County, Passaic County, Hudson County, Union County, Monmouth County, Camden County, and across the state.