DUI vs DWI – What’s the difference?

What’s the Difference between Driving Under the Influence (DUI) and Driving While Intoxicated(DWI) in New Jersey?

“What’s the difference between DUI and DWI in NJ?” New Jersey has regulated driving under the influence of alcohol, either due to driving with a blood alcohol concentration (known as “BAC”) of .08 or more or driving with enough alcohol in your system that you cannot operate your vehicle with the same care or caution as a sober person. It is also illegal to drive under the influence of a drug, if that drug similarly renders you incapable of driving as well as a sober person under the same circumstances.

The most common offense is driving under the influence of alcohol, which in New Jersey is known as driving while intoxicated (DWI). DUI cases refer to driving under the influence of drugs (whether it be marijuana, prescription drugs, heroin, cocaine, etc.). However, both DWI and DUI are prosecuted under the same law and statute in New Jersey, which is N.J.S.A. 39:4-50. This law details the penalties for DWI (based on the driver’s level of intoxication and whether or not this is a first, second, or third offense). It also details the penalties for driving under the influence of drugs (DUI) including the penalties and the defendant’s number of prior convictions.  It is important to understand the way DUI laws work in New Jersey, especially if you find yourself charged with a DUI. Here we explain the differences between drugged driving and drunk driving, focusing on the methods of proof and sentencing consequences in each type of case. If you have already been arrested for a DUI in NJ, you can always contact us directly for a free consultation and get answers about your specific case. 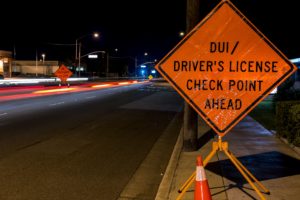 New Jersey prosecutors rely on several methods of proof to support drunk driving charges. Most commonly, prosecutors will present evidence derived from a chemical breath test that measures your blood alcohol concentration by testing the level of alcohol in the air deep down in your lungs.

Prosecutors can also prove drunk driving charges through the testimony of police officers who will describe your objective symptoms of alcohol impairment. These symptoms classically include red and watery eyes, slurred speech, poor coordination, and slow speech. Officers will also testify regarding your performance on standardized field sobriety tests. These tests are designed to test your ability to perform what are called divided attention tasks. Driving is a divided attention task because individuals may be required, for example, to operate a brake pedal, maneuver a steering wheel, and scan the road visually all at the same time. Poor performance on field sobriety tests can be linked to a certain blood alcohol level when combined with objective symptoms of alcohol impairment.

What is a Drugged Driving (DUI) Charge in NJ?

Prosecutors in New Jersey can prove that you drove under the influence of a drug to convict you of a DUI. A drug DUI conviction can stem from your driving under the influence of a Schedule I drug like heroin, or it can be based on your decision to drive after taking legally prescribed or even over-the-counter drugs, provided that those drugs make you unable to drive as well as a someone sober.

New Jersey prosecutors can rely on police officer testimony regarding objective symptoms of drug impairment to establish drugged driving, similarly to the testimony regarding alcohol impairment described above. There are trained officers called Drug Recognition Experts (DREs) who are often asked to perform evaluations of suspected impaired drivers and these DRE reports can be used as evidence against you in court. These symptoms can include memory loss, elevated or depressed vital signs, poor balance, dilated pupil size, and a number of other indicators of impairment. Prosecutors can also rely on poor standardized field sobriety test performance and on the results of blood or urine tests that identify the presence of drugs in your system.

What are the Punishments for DUI & DWI in New Jersey?

New Jersey applies stiff penalties to drunk driving convictions. The penalties escalate rapidly depending on the number of prior DUI convictions that you have sustained, but generally, they involve suspension of your driving privileges for months or years, a fine of $250 to $1000, incarceration ranging from 30 days to 180 days or more, drunk driver education classes, and installation of an ignition interlock device in your vehicle.

Charged with a DUI in New Jersey, What Should I do?

A DWI or DUI is a traffic offense in New Jersey, it’s not a criminal offense and if you are convicted you are not convicted of a crime. However, it is serious and can result in severe penalties including thousands of dollars in fines, driver’s license loss, and even jail time. If you have been arrested and charged with DUI or DWI in New Jersey, our DUI defense attorneys can help. We have handled thousands of these cases over the years for clients in courts across the state with great results. Several of our lawyers are specially trained to handle DWI cases, including being certified on the breath machine, certified field sobriety instructors, and we have retired police officers to serve as our experts on DWI and DUI charges. For more information, contact us anytime at 201-556-1570. The initial consultation is always free of charge.

Videos on How To Get out of DWI Charges are listed below. Please Click Here to answer any other New Jersey DWI related questions that you might have.