“You could face serious prison time and sex offender registration for sexual intercourse or contact with a minor below the age of consent. You need the best possible defense in statutory rape cases.”

Watch the video above to hear Criminal Lawyer Travis J. Tormey discuss statutory rape charges in New Jersey, including the laws that apply in these cases, the penalties, and defense strategies to fight these serious sex offense allegations. Click Here to Fight a Criminal Charge. 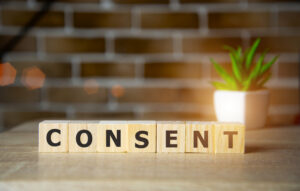 Statutory rape is a very serious sex offense in New Jersey, but it is not actually outlined as a particular crime governed by a specific statute within the NJ Code of Criminal Justice. In fact, statutory rape, which typically refers to sexual intercourse between an adult and a minor who is unable to legally consent to sex, is a term that may involve several different sex crimes and result in multiple criminal charges. Depending on the particulars of your case and precise charges you face, you could be looking at penalties that include many years in prison, a requirement to register as a convicted sex offender, and a permanent criminal record. In other words, a conviction for statutory rape could ruin your life forever. If you believe that authorities are investigating you for having sex with a minor, or if you think that statutory rape charges could be forthcoming, you need to be proactive and take immediate action to protect yourself legally. An experienced New Jersey criminal defense attorney can help you build the strongest possible defense against the charges so that you are ready if and when they come.

Continue reading to learn more about the details of statutory rape crimes, age of consent, the close in age exemption, and other unique aspects of criminal cases involving sex with a minor.  If you would like to speak with a skilled NJ Statutory Rape Lawyer at The Tormey Law Firm, call (201)-556-1570 for a free consultation.

What is the NJ Age of Consent?

In New Jersey, a person cannot legally engage in sexual activity with someone younger than them unless that partner has reached a certain age. This is known as the “age of consent,” and the age of consent in New Jersey is 16 years old. These kinds of protections are in place to ensure that only individuals who are mature enough to understand the consequences of certain actions and activities can actually agree to participate in those activities. This is not unlike the law that requires a person to be a certain age before they can legally sign a contract. Of course, when someone under the legal age signs a contract, a court can later invalidate it. That can’t happen when someone under the age of consent engages in sexual activity, which is why NJ law imposes such severe penalties against adults who commit statutory rape.

If you are accused of having sexual intercourse with a minor who is under the age of 16, you can be charged with a statutory rape offense. It is important to understand that this is true even if the other person consented to the sex. That’s because, technically, it is not possible for a minor to legally consent to sex in the first place. Additionally, you should understand that it won’t matter to the police or the court that the other person was about to turn 16 in a few months, weeks, or days, nor will it matter if the other person has turned 16 since the sexual activity. You can still expect to be charged with statutory rape and face prosecution for a felony sex offense.

What is Considered Statutory Rape in New Jersey?

When it comes to criminal charges for rape in New Jersey, the difference between what is generally understood to be “rape” and “statutory rape” is that the latter is limited to sexual assaults that did not involve the use of threats or force. While we tend to think of rape as involving an unwanted attack against the victim’s will, statutory rape tends to involve sexual relations between two consenting partners. The determining factor from a legal perspective is that one of the partners is technically unable to provide consent because they have not yet reached a certain age.

The most common way for a person to be charged with statutory rape in New Jersey is to have sexual intercourse with a minor who is under the age of 16. Additionally, there is another way that a person can be charged with statutory rape in NJ. That is, when the adult offender is in a position of supervision or authority over the minor, such as a teacher, coach, boss or employer, parent or guardian, or any close relative. In these situations, the age of consent is higher: the younger partner must be at least 18 years old in order to legally provide consent for sexual relations with the older partner. In other words, both partners must be adults in order to avoid triggering statutory rape laws.

A person accused of engaging in sexual relations with a minor is not actually charged with statutory rape. Rather, that person will likely be charged with something else, such as Sexual Assault, Endangering the Welfare of a Child, Criminal Sexual Contact, or Lewdness. The exact penalties that a person accused of statutory rape may be exposed to will depend on the degree of the charges.

Statutory Rape is typically charged as a second degree crime for sexual assault in New Jersey punishable by 5-10 years in New Jersey state prison with a presumption of incarceration. Even with no prior record after being committed with this charge it is presumed you will be given a state prison sentence. You may also be subject to Megan’s Law, the sex offender registration in New Jersey.

In some statutory rape cases, the defendant will be charged with a third degree crime for endangering the welfare of a child or aggravated criminal sexual contact. If this occurs, they could be sentenced to 3-5 years in prison. Lastly, even the least serious type of statutory rape charge carries severe penalties because it is still classified as a felony. It is also still a sex crime, which New Jersey laws punish harshly regardless of the specific charges within this category. A fourth degree crime for either Criminal Sexual Contact or Lewdness carries a possible sentence of 18 months in prison.

In addition to facing significant prison time, a person convicted of statutory rape in New Jersey also may be subject to Megan’s Law sex offender registration requirements. This would require them to register as a convicted sex offender, evaluated for potential to reoffend, classified according to a Tier based on risk to the community, and with information about their charges and the conviction being listed in an online database maintained by the state and potentially made available to the public.

Is Mistake of Age a Defense to Statutory Rape in NJ?

It is possible for a person to commit statutory rape without realizing that they are doing so. Since statutory rape is a strict liability offense, and intent is not an element of this offense, it won’t matter when it comes to criminally charging and prosecuting the offender. Even if you have every reason in the world to believe that the other person is over the legal age of consent, you can still be guilty of statutory rape. In other words, a mistaken belief or lack of knowledge of the victim’s true age is irrelevant to the crime in question when someone is charged with statutory rape.

State v. Saponaro is a recent example of how New Jersey courts tend to reject the “mistake of fact” defense in statutory rape cases. In that case, the 24-year-old defendant was charged with statutory rape after having sexual relations with a 13-year-old boy who had presented himself as being 18 years old. Although the boy was mature for his age and appeared to be well over the age of consent, a New Jersey Appellate Court found that the defendant was still responsible for his own unlawful actions because statutory rape is always a strict liability offense. The court specifically stated that “sexual offenders cannot reasonably plead ignorance of a victim’s age,” and reasoned that to allow for exceptions when the defendant had a “mistaken belief” about the victim’s age would expose minors to sexual attacks.

What is the Romeo and Juliet Law in New Jersey?

New Jersey law is very clear that a minor under the age of 16 can never consent to sex. There is, however, an important exception that allows a person to avoid criminal conviction and penalties for violating this law. This is known as the “close in age exception,” otherwise known as the “Romeo and Juliet law”, and it basically stipulates that when the two people who had sex were close enough in age, the older individual should not be charged with statutory rape. There are a few conditions that must be satisfied in order for the close in age exception to apply in a particular case:

The idea behind the close in age exception is that an underage couple should not necessarily see one of them prosecuted for sex crime charges, particularly when both partners are of similar ages. In many cases like this, both partners are actually below the age of consent, which would make prosecution on statutory rape charges seem especially unfair. Prosecutors often elect not to bring criminal charges when the close in age exception applies. If charges are filed, however, the fact that both partners were close in age may provide a strong defense at trial, depending on the other facts of the case.

Speak to a Knowledgeable Statutory Rape Attorney about Your Best Defense

Have you been charged with statutory rape in New Jersey? These are very complex situations requiring an experienced criminal defense lawyer to look at all the evidence at hand. Prior to being charged, you can take action by connecting with an attorney who can protect you during the sex crime investigation. Once you have been arrested and are facing the severe consequences of statutory rape-related charges, there is no time to waste in developing the most effective defense strategy. The team of lawyers at The Tormey Law Firm knows how to fight the charges against you. We are available immediately to provide you with a free consultation so contact us at (201)-556-1570 today if you are seeking legal guidance.