“A DWI conviction in New Jersey could lead to the loss of your driver’s license, heavy fines, and even jail time. Let an experienced DWI attorney handle your case and help you beat the charges. In this case, we were able to have the DWI charges dismissed in Parsippany NJ“

Fight a DWI in Parsippany Court with Travis Tormey 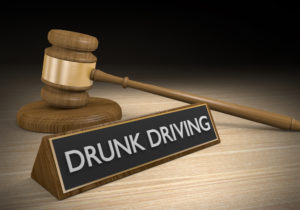 Were you arrested and charged with drunk driving (DWI) in Parsippany NJ and you need a lawyer? Contact us now.

The Tormey Law Firm recently helped a client beat Driving While Intoxicated (DWI) charges in Parsippany, New Jersey. Travis J. Tormey, the founding partner of the firm, appeared in Parsippany Municipal Court to defend the client. The potential penalties in the case were severe because the client had been charged with a second offense DWI. If convicted of a second offense drunk driving violation, the client faced the loss of her driver’s license for two years and up to 90 days in the Morris County Jail.

Travis Tormey has defended countless clients against DUI charges in NJ courtrooms, so he knew how to contest the evidence in this DWI case. However, things were made difficult because the prosecution failed to turn over the evidence. Since the NJ State Police had made the arrest of the client, they were required to provide timely discovery to the Parsippany prosecutor, who then had to turn over the discovery to the defense. When this did not happen for five months, Mr. Tormey asserted his client’s right to a speedy trial and continually requested the evidence. The Parsippany Municipal Court judge eventually issued an order that discovery be turned over within 30 days. Despite the order, the State still failed to give discovery to the defense. Another order was issued, prompting the prosecutor to finally provide the defense with the discovery evidence. The constant delays meant that Mr. Tormey would have strong grounds for appeal if the case was ultimately decided against his client.

Another major issue in the case was the State’s failure to prove beyond a reasonable doubt that the client had actually “operated” the car. When the client was arrested, she was sitting in the backseat of a vehicle parked on the side of Route 80 in Parsippany, NJ. At no point did law enforcement see the client driving the vehicle or even sitting in the front seat of the car. Our client even explained to police that her husband had been driving and that he left the scene after the car ran out of gas. However, the police officers did not believe the client, so she was placed under arrest and charged with a DWI. Mr. Tormey was able to prove that the client was telling the truth by obtaining her cell phone records and showing that she placed numerous calls for a ride after the car broke down and her husband abandoned the scene. Mr. Tormey also subpoenaed the client’s husband so that he could testify in court and confirm the client’s story.

Thanks to Mr. Tormey’s efforts, the Parsippany prosecutor and the judge decided to grant a motion to dismiss the DWI charges. As a result, the client avoided a DWI conviction and was able to maintain her driving privileges in New Jersey.

This was a fantastic result for our client and another success story for the Tormey Law Firm.