Attorneys Defending Clients for Possession, Distribution, and Intent to Distribute Fentanyl in NJ 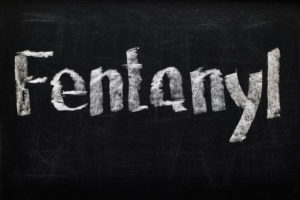 Fentanyl was originally used to treat cancer patients undergoing treatment and has since been used to alleviate pain suffered by medical patients due to ailments or operations. Fentanyl, much like Oxycodone, has also been adopted by those suffering from addiction as a means of getting high. The drug is often used alone, cut into heroin, thereby making it more potent and thus more dangerous, or coalesced among other substances. Due to its potency and the surge in illegal use and sale of fentanyl, fentanyl-related deaths have more than doubled in recent years. Because of the dangerousness of fentanyl and the corresponding fatality rates for everyday users, police and prosecutors in New Jersey aggressively go after users and dealers alike. If you have been charged with a fentanyl-related offense or another prescription drug crime in NJ, contact our attorneys for help limiting the impacts that the charges can have upon your life.

The skilled New Jersey Criminal Defense Lawyers at The Tormey Law Firm have years of experience handling drug charges involving painkillers, prescriptions, and other controlled dangerous substances throughout NJ. Whether you are arrested for illegal possession of fentanyl, distribution, or possession of fentanyl with intent to distribute, our team has the knowledge and courtroom trial experience to successfully fight for you. Whether the best outcome in your case is enrollment in Pre-Trial Intervention or Drug Court, a plea to lesser charges and penalties, or getting the charges dismissed after taking the case to trial, we will advise you every step of the way as we work toward the most favorable result. You can reach us anytime at (201)-556-1570 for a free consultation and to discuss representation for fentanyl charges in Bergen County, Morris County, Essex County, Middlesex County, Passaic County, Ocean County, or elsewhere in New Jersey.

Fentanyl is a synthetic opioid, classified as a Schedule II controlled dangerous substance in New Jersey. If overseen by a physician, fentanyl can lessen someone’s pain. However, if used improperly or not under the direction of a doctor, it can be deadly. This is because fentanyl is 100 times more potent than morphine and 50 times more potent than heroin. Even trace amounts of fentanyl can prove fatal. Often, heroin users and those seeking a high or pain relief are unaware of the potency and ingest too much. In other cases, individuals were unaware that what they were using contained fentanyl at all. Whether injected, sniffed, smoked, or snorted, fentanyl can cause respiratory depression, meaning the person can no longer breath. When this happens, oxygen to the brain is cut-off and the person may die.

Possession of Fentanyl in NJ

In recent years, fentanyl has made its way into the main market of illicit substances sought out by those with substance abuse issues. Whether you are seeking a high from fentanyl itself or ingesting heroin laced with fentanyl, the mere possession of an amount of fentanyl for personal use can subject you to a minimum of 3-5 years in state prison. In most cases, people caught with fentanyl are charged with possession of a controlled dangerous in the third degree. If you are charged with a third degree indictable crime indictable (felony) it is because you possessed less than one ounce. All indictable offenses in New Jersey permit the judge to sentence you to state prison if convicted. For a third degree offense, you could go to jail from 3-5 years, be ordered to pay $35,000 in fines, be forced to pay a mandatory DEDR penalty of $1000, and have a tarnished record. Notably, third degree crimes have a presumption of non-incarceration for those with no prior criminal record. This means that you may be eligible for probation or the Pre-Trial Intervention Program if charged with your first drug offense.

Fentanyl Distribution and Intent to Distribute in NJ

If you have the misfortune of being charged with a second degree crime for fentanyl distribution or intent to distribute, you may be required to go to prison for 5-10 years. These charges apply if you possess more than one ounce of fentanyl, which is often used to justify a charge for manufacturing, distributing, or dispensing. The law implies that possessing more than one ounce means that you possessed it to distribute the item and that it was not for personal use. In any case, possession for personal use can turn into possession with intent to distribute if the police believe that what you possessed was intended for distribution. Often drug-packaging materials, scales, cash, and related items are used to substantiate a drug charge for intent to distribute. When facing a second degree criminal charge, there is a presumption of incarceration, meaning you will likely be sent to jail if convicted even if you have no criminal history.

Notably, if you are charged with a second offense for drug distribution, the court is required to send you to state prison if convicted. Under a sentencing scheme known as the Brimage Guidelines, the judge has no authority to sentence you to probation (except Drug Court) if convicted for a subsequent offense of CDS distribution. These mandatory sentencing guidelines may also apply if you are charged with Drug Distribution in a School Zone.

There are other charges for which you may be arrested in connection with fentanyl in New Jersey. For example, if you have distributed heroin laced with fentanyl or fentanyl alone to someone who died because of ingestion, you may be charged with the first degree offense of causing a drug induced death. NJ law recognizes strict liability for a drug induced death, which is punishable by life in prison. All the law requires for you to be proven guilty of Strict Liability for Drug Induced Death under N.J.S.A. 2C:35-9 is for the state to show that you distributed a Schedule I or II controlled dangerous substance to a person and that the specific drug caused the death of that person. It is not necessary for the state to prove that you knew that there was fentanyl in the heroin or that the substance was, in fact, fentanyl.

In addition, if you transport fentanyl or other drugs from place to place, you can be charged with drug trafficking. Bringing drugs into this state or moving drugs intrastate can result in first degree charges. Similarly, if you produce drugs, make drugs, or have a facility in which drugs are illegally produced, you may be charged with maintaining a controlled substance production facility. This charge can also lead to conviction for a first degree crime, subjecting you to 10-20 years in state prison, hundreds of thousands of dollars in fines, and limited prospects for a happy future.

Since fentanyl is far deadlier than heroin and the penalties for heroin are actually more severe in New Jersey, lawmakers want to change the law to allow for stiffer penalties for fentanyl possession and sale. While these changes have yet to be passed into law, it is very possible that the harsh punishments above could become even more harsh in the future.

If you have been charged with a drug offense involving fentanyl in New Jersey, contact The Tormey Law Firm today. We will carefully review your case and look for mistakes, defenses, and ways to attack the credibility of state witnesses. Our lawyers are available 24/7 to provide you with a free consultation. When you are worried about the consequences of fentanyl charges, call our offices at (201)-556-1570 to discuss your case and begin devising a superior defense.