“New Jersey recognizes Airsoft Guns as firearms in the traditional sense, meaning if you’re caught with one of these weapons without a permit, you may find yourself facing serious charges.” 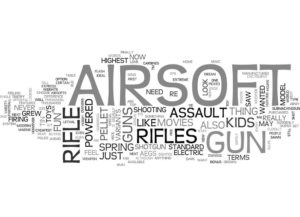 Airsoft guns operate by releasing compressed air to discharge a plastic or nonmetal type of a pellet. Most airsoft guns are manually operated but there are some more advanced guns that are battery powered. If used properly and appropriate safety measures are taken, airsoft guns can be a harmless activity. However, airsoft guns do have the power to leave welts and break a person’s skin. In other words, if the guns are used recklessly, people can get hurt. As a result, in the State of New Jersey, there are very strict and harsh laws surrounding the use and purchase of airsoft guns and if you do not follow them, you can end up in prison.

If you or a loved one has been arrested and is facing charges for unlawful possession or use of an airsoft gun in New Jersey, the experienced criminal defense lawyers at The Tormey Law Firm have the knowledge and practical skill to defend your rights. With countless guns and weapons cases successfully handed on behalf of clients across the state, including in Bergen County, Passaic County, Morris County, Essex County, and Ocean County, our team knows what it takes to win your case. You can check out our founder discussing How to Fight Gun Charges in our video series on the subject. And to discuss your specific airsoft gun charges or another type of weapons offense in NJ, call us at (201)-556-1570 for a free consultation. One of our New Jersey weapons attorneys is available 24/7 to best serve your needs.

Many people would assume that an airsoft gun is considered to be a toy and in turn, if you harm someone, you simply pay a fine and maybe, if the person was seriously injured, have to perform community service. Unfortunately, that mistaken belief can lead to a person having a felony conviction on their record as well as sitting in prison for several years. With that said, let’s turn to how playing with a toy gun can lead to such a harsh punishment.

In New Jersey, a firearm is defined as any handgun, rifle, shotgun, or any gun, device, or instrument in the nature of a weapon that has the capacity to fire or eject any solid projectable ball, slug, pellet, missile or bullet by means of a cartridge, shell, or explosive action. (See N.J.S.A. 2C:39-1f). Most would agree with that definition in relation to a handgun. However, the definition further reads that a firearm shall also include any weapon which is in the nature of an air gun, spring gun or pistol in which the propelling force is a spring, elastic band, carbon dioxide, or compressed air, and the force is sufficient to injure a person. As you can see, the definition of a firearm encompasses air propelled pistols. Moreover, it does not distinguish between toy guns and replica guns. Due to this broad definition, an airsoft gun is considered a firearm under New Jersey law and in turn, any penalty and prison term that is attached to a real firearm offense applies to airsoft guns.

Possession of Airsoft Guns in NJ

A very common offense in the Garden State is unlawful possession of a firearm. Under N.J.S.A. 2C:39-5, any person who knowingly has in his or her possession any handgun, without first having obtained a permit to carry the same, is guilty of a crime of the second degree. The statute continues to provide that if the handgun is in the nature of an air gun, spring gun, pistol or other weapon of a similar nature, it is a crime of the third degree. Under the statute, simply possessing an airsoft gun in public is a violation of the law. It does not matter whether the pistol was used, it does not matter whether someone was injured, and it does not matter whether the gun was even brandished. Moreover, the breach is not a simple ordinance violation or misdemeanor charge. It is a crime of the third degree. As such, if the person pleads guilty or is found guilty at trial, that individual is exposed to three to five years in prison and up to $15,000 in fines.

Basically, if you plan to have an airsoft gun in New Jersey, you want to make sure to first obtain a permit so that you can possess it lawfully and avoid criminal legal problems. To obtain a permit, the individual must submit an application with their local police department, pass a background check, and supply two character references. Typically, if the applicant does not have a criminal record, is not the subject of any restraining order, and has had no contact with the police or been admitted into a sanitarium, they will qualify for a permit. Besides lawful possession, it is also important to understand how to properly use the gun.

Under N.J.S.A. 2C:39-4, any person who has possession of a firearm with a purpose to use it unlawfully against another person or property is guilty of a crime of the second degree. Accordingly, if the airsoft gun is used for an illegal purpose, the third degree charge increases to a second degree offense. In turn, the penalty also increases to five to ten years in prison and a fine up to $150,000. On top of that, under what is known as the Graves Act, the sentencing judge must sentence the person to prison and he or she must also impose a minimum term of three and half years in prison before he or she may become eligible for parole. Thus, even if the individual has no prior criminal record or juvenile history and the underlying case is their first and only interaction with the system, if they are convicted, they are typically going to prison.

What can I do with an Airsoft Gun in New Jersey?

Do not let the severe consequences of the law dissuade you from owning or using an airsoft gun. The statute does not outright bar the possession or firing of such guns, it merely limits a proper place and manner in which they may be used. To start, you are permitted to have airsoft guns at your home and at your place of business. You may also carry them at hunting sites and at target ranges. Hence, if you possess an airsoft gun at those locations, you are not violating the law. Further, if you wish to carry a pistol to other areas then you need to obtain a permit to carry. To do so, you need to submit an application to your local police department. However, please note, obtaining a carry’s permit is very difficult and most applications are denied. Thus, it is best to limit possession to the areas listed in the statute to avoid being criminal charged.

Also, when using the airsoft gun, it is very important that it is used lawfully. If not, you could be facing a second degree charge. The statute provides little guidance regarding how to legally use the gun. It merely states, any person who has in his possession any firearm with a purpose to use it unlawfully against another person or property is guilty of a crime. The key language in the statute is “purpose to use it unlawfully.” The statute does not criminalize possession and it does not outright prohibit using an airsoft gun. It does, however, ban the use of guns if they are being used for an unlawful purpose.

To maintain compliance with the laws on using airsoft guns in New Jersey, check out some of the most frequently asked questions about these weapons provided by the NJ State Police.

Get Defense Help for Your NJ Airsoft Gun Charges

Airsoft guns can be fun and legal activities. However, if you are not careful, you could be facing severe legal consequences. If you or a loved one has been charged with a crime related to Airsoft weapons or you simply have some questions that need answering, please contact our office for immediate assistance. You can reach us online or by phone at (201)-556-1570 for the answers you need now.