Criminal Charges for Forging a Prescription in New Jersey 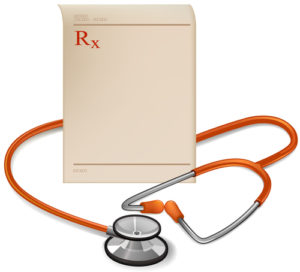 Criminal charges for obtaining a prescription legend drug by forgery or alteration of a prescription are governed by N.J.S.A. 2C:21-1. According to this statute, anyone who alters or changes any “writing,” or document, belonging to another person—without that person’s authorization and for the purpose of committing fraud—is guilty of forgery. It also criminalizes filling out, making, completing, authenticating, issuing, transferring, or otherwise executing a writing so that the writing appears to have been issued or filled out by another person. The statute further prohibits creating a writing that was supposedly filled out by a fake person—usually a medical doctor who does not actually exist. Finally, the statute prohibits creating a document that falsely indicates that it was made on a certain date, numbered in a certain way, or copied from an original that never existed.

Penalties for Forging a Prescription in NJ

There are a few things to know when facing penalties for prescription forgery. First, your case will be handled in the Superior Court in the county where you were charged. In order for your case to proceed to trial, the prosecutor will need to present the evidence to a grand jury, who must decide to indict you. If an indictment is issued in your case, you are entitled to a trial before a jury of your peers who must decide that you committed the offense of forging a prescription beyond a reasonable doubt.

Prior to all of this occurring, you may be able to apply for a diversionary program called Pre-Trial Intervention (PTI). This program is available to first-time offenders in New Jersey charged with third and fourth degree crimes. If you are eligible for PTI and you successfully complete the program, the charges against you will be dismissed. This is obviously a desirable outcome, as it allows you to maintain a clean criminal record.

Arrested for Prescription Forgery in NJ?

If you have been arrested for forging information on a prescription in New Jersey, you need an aggressive advocate who can handle your defense. The attorneys at The Tormey Law Firm have extensive experience defending clients charged with forging a signature on script, changing the quantity on a valid prescription, copying a prescription, using someone else’s prescription to get pills, and other grounds for 2C:21-1 charges. Regardless of the way in which your charges came about, we can help provide your best defense. Our criminal defense practice is statewide, defending clients in Hackensack, Morristown, Newark, Paterson, Somerville, New Brunswick, Jersey City, and other areas throughout New Jersey. To discuss your case with a lawyer on our team, please contact us at (201)-556-1570. Consultations are provided free of charge and we are available immediately to assist you.