If you have been charged with a criminal offense or traffic violation in Paterson, you can place your trust in the The Tormey Law Firm to provide the dedicated and highly experienced defense help you need now. 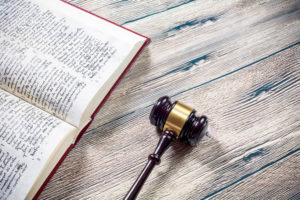 An experienced Paterson criminal defense attorney knows the scope and classification of crimes and sentences, as well as the courts where crimes are prosecuted. In addition, a good local criminal lawyer has a working relationship with the state and local courts, prosecutors, and attorneys to give you an advantage in negotiating the best possible outcome for your case if you have been charged with a felony crime or disorderly persons offense. Before negotiation ever takes place, however, a knowledgeable and skilled criminal defense lawyer will meticulously investigate the circumstances of your case and the evidence against you. When there were steps taken that violated your rights, key pieces of evidence were obtained unlawfully, the tests have problems, the witnesses are unavailable or not credible, and many other factors, can provide grounds to fight your case and ultimately, may lead to a dismissal. In order to best advise you, your attorney has to put in the most time, effort, and the practical skill they’ve gathered over the course of their career to work on your case. That’s what we do at The Tormey Law Firm. Contact our Paterson criminal defense attorneys today to discuss your case, get answers and assistance. Consultations are free and available around the clock by calling (201)-556-1570.

What to Know if You are Facing Criminal Charges in Paterson, NJ

First and foremost, we must explain to you how the law categorizes the crime you are accused of committing, the minimum and maximum sentences for that crime, and how the judges typically view those crimes in sentencing under circumstances similar to yours. In New Jersey, crimes are categorized by indictable crimes and disorderly persons offenses.

Indictable crimes are more serious crimes, equivalent to felonies in other states, and carry sentences of more than a year in prison. If you are accused of an indictable crime, your case is sent to a grand jury who must choose to indict you and the prosecutor must decide that the state has enough evidence to move forward with prosecuting you for a crime. If the prosecutor does not downgrade the charges and remand the case to Municipal Court, a grand jury consisting of a panel of local citizens reviews the prosecutor’s evidence and decides if the case has enough evidence to show a crime was committed and determines whether the case moves forward or not. Indictable crimes are classified in degrees, corresponding to the seriousness of the crime.

First degree crimes are the most serious and come with long prison terms and high fines. Crimes, such as murder, manslaughter, distribution of dangerous drugs, heading up a drug trafficking ring, aggravated sexual assault, arson by hire, armed robbery, or other seriously violent crimes, fall under this category. Typical charges for 1st degree felonies may result in a 10 to 20 year prison sentence and up to a $200,000.00 fine, but for some first degree crimes, such as premeditated murder or felony murder, the prison term is higher, from 30 years to life. In addition, New Jersey’s No Early Release Act (NERA) mandates that those convicted of certain first and second degree crimes serve 85% of their sentence. Ordinarily, convicted criminals serve a third or half the sentence before becoming eligible for parole, but not for crimes to which NERA applies.

Second degree crimes include sexual assault and some other sex crimes, some drug distribution cases, aggravated assault, aggravated arson, robbery, shoplifting items valued over $75,000.00, illegal possession of firearms, burglary (with a weapon or injury involved), and eluding police. Conviction of a second degree crime probably lands you in prison from 5 to 10 years and a fine to pay of up to $150,000.00. NERA also applies to certain second degree crimes since these crimes are just below the most serious crimes of the first degree. New Jersey law severely punishes crimes considered heinous more so than lesser third and fourth degree crimes.

Third and fourth degree crimes are less serious and thus, come with lighter sentences than first and second degree crimes. Conviction for crimes like drug possession, shoplifting (under $75,000), aggravated assault, endangering the welfare of a child, prescription forgery, draw a three to five-year prison term and up to $15,000.00 in fines after conviction. And the lowest indictable crime, fourth degree crimes, like shoplifting items valued less than $500.00 but more than $200.00, marijuana offenses involving possession of more than 50 grams, lewdness, and forgery, are punishable by up to 18 months in prison and $10,000.00 in fines, which are still significant penalties. If you are a first-time offender for either a third or fourth degree crime, there is a presumption under the law that you will not be imprisoned but more likely to be placed on probation. Also, you may be eligible for the Pre-Trial Intervention program that keeps a conviction off your record and is offered through the Superior Courts for first offenders.

Charged with a Crime in Paterson, Where will my case be Handled?

If you are charged with an indictable crime, your case is heard in Passaic County Superior Court in Paterson, whereas disorderly and petty disorderly offenses are heard in Paterson Municipal Court. Finding a criminal defense attorney familiar with these courts is essential. Below is some additional information about the courts that handle cases when someone is facing a criminal charge or DUI in Paterson.

The Paterson Municipal Court hears cases involving criminal disorderly and petty disorderly persons offenses, traffic violations, DWI offenses, and violations of local municipal ordinances. More serious crimes, including first, second, third, and fourth degree indictable offenses, are transitioned to the Passaic County Superior Court. If you have a case in Paterson Municipal Court, it is located at 111 Broadway, Paterson, New Jersey 07505. The court can be reached directly by calling 973-321-1515.

You can read more about the Paterson Municipal Court on their official website.

The Passaic County Superior Court is responsible for handling felony criminal cases (indictable crimes), juvenile charges, and restraining order hearings. If you have a case in Passaic County Superior Court, it is located at 77 Hamilton St, Paterson, NJ 07505. The courthouse can be contacted directly at 973-653-2910.  The Criminal Division manager can be contacted at 973-653-2910 ext. 24295 and the Family Division can be reached at 973-653-2910 ext. 24390. The Family Division hears juvenile and restraining order cases, so you should know where your case is being heard to ensure that you can prepare accordingly. Since we appear in this court for criminal charges involving juveniles and adults, as well as restraining order trials, simply contact our office to speak with an attorney who can assist you.

You can read more about the Passaic County Superior Court, also known as Passaic Vicinage, on their website.

Do I Need a Criminal Defense Attorney in Paterson, NJ?

If you have been charged with a criminal or traffic offense in Paterson, you certainly want an experienced Paterson criminal defense attorney by your side. There are many reasons for this and there are many strategies that a seasoned criminal defense lawyer can apply to your case to get you the best outcome. Your attorney is the one who helps you negotiate a better deal. For example, a good attorney can often convince a prosecutor to reduce a fourth degree charge to a disorderly persons offense for a lighter sentence or get a second degree crime reduced to get you probation as opposed to mandatory prison time. Your attorney can also help you apply for intervention offered by the court such as PTI, conditional dismissal or discharge programs. That is, if they cannot get your case dismissed outright with pretrial motions objecting to unconstitutional evidence gathering and other potential issues that may be uncovered by thorough examination of the facts of the case.

Our experienced defense lawyers at The Tormey Law Firm are prepared to vet and pursue a strategy tailored to suit your needs and the surrounding circumstances of your case, as we have done on behalf of countless clients facing charges in Paterson Municipal and Passaic County Superior Court. Call (201)-556-1570 for a free consultation and let us help you today.