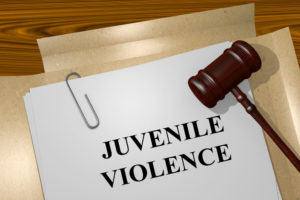 Perhaps your minor child was picked up by the police for a fist fight at a local park, mall, or school, or another young person accused them of physical violence, and assault charges have been filed against them. Will they go to jail? What should you do? The juvenile court system in New Jersey differs from the adult criminal justice system in several important ways. When a minor commits assault, they are generally considered a juvenile delinquent and thus, accountable in the juvenile justice system. Depending upon the circumstances, a police officer at the scene of the crime may let the juvenile go after counseling or warning, detain the juvenile at the police station with a reprimand and release to parents, or charge the juvenile with simple assault (a disorderly persons offense) or aggravated assault (if the act or acts constitute an indictable crime). Although juveniles in criminal cases have more options than adults charged with crimes in New Jersey, they can still face severe repercussions if adjudicated delinquent, which basically means convicted in juvenile court. When your child is charged with a criminal offense or you are a juvenile facing charges for assault, you should seek personalized guidance and legal counsel from an experienced New Jersey juvenile defense lawyer who can seek the best outcome in your case.

The Tormey Law Firm has a team of renowned defense attorneys who will aggressively defend you or your child against charges in Bergen County, Essex County, Morris County, Passaic County, Sussex County, Middlesex County, or elsewhere in New Jersey. Regardless of whether a juvenile has been accused of simple assault or aggravated assault, you want a lawyer who has been representing minors across NJ for years in their corner. For a free consultation with a juvenile defense attorney who can advise and explain what your case means and what you can do, contact us today at (201)-556-1570. We provide answers regarding juvenile charges and other criminal cases anytime free of charge.

Criminal assault in New Jersey is classified as either simple assault or aggravated assault under N.J.S.A. 2C:12-1. A disorderly persons offense, simple assault, consists of knowingly or recklessly causing another bodily harm, negligently causing bodily harm with a deadly weapon, or making another fearful of imminent serious harm by physical threats. On the other hand, aggravated assault is considered any of the following: attempt to cause serious bodily harm or recklessly causing someone physical harm with indifference to the value of human life; attempting to cause or recklessly causing bodily harm with a deadly weapon; pointing a firearm at someone; assaulting a law enforcement officer on duty, fireman on duty, emergency worker admitting medical first aid, member of a school board or administration, school bus driver, public school employee, Division of Child Protection and Permanency worker, justice or judge of a court, public transportation operator, corrections officers or employees, utility workers, or health care worker (including psychiatric provider); causing bodily harm to someone while escaping law enforcement; causing a fire that injures emergency responders; driving a car recklessly to cause someone bodily harm, with crime upgrades for assault by vehicle on school property, through a school crossing, near a school, or in the presence of a minor; or pointing a fake firearm or laser sighting device to cause someone fear for their life.

If charged with an assault crime, a juvenile is typically released before appearing in court and the determination of their case. Contrary to an adult arrest, a juvenile may be released to parents, placed on home detention, electronic monitor, electronic monitor with mandatory daily reporting, or detained in a juvenile detention center pending a dispositional hearing of their case. Only juveniles considered dangerous to the community or a flight risk are detained pending a hearing. If detained, a detention hearing takes place within 24 hours, a second detention hearing within two court days to determine probable cause, and then review hearings of the juvenile’s detention status every two and three weeks. At the dispositional hearing when the judge adjudicates the delinquency charges, the case concludes with a disposition order, followed by a disposition hearing within 60 court days of the initial detention.

Potential Outcomes for Juvenile Charged with Assault in New Jersey

If a juvenile is charged with a serious crime, like aggravated assault, the matter is typically marked for the formal court process. Juvenile cases set for a formal calendar date are heard and decided by juvenile judges in the Family Division of the Superior Court in the county where the juvenile lives. For less serious crimes, like simple assault, a first time offender juvenile may be referred to court-appointed diversionary programs, as determined by Juvenile Conference Committees, that avoid going through the court system; to a Juvenile Referee for informal hearing and findings; a substance abuse education program; or family intervention program for juveniles with family problems or who are endangered by their families, to assist the juvenile and family with resources. In another diversion process, court staff review more serious delinquency cases.

For serious crimes, like aggravated assault, the case typically goes to family court in front of a judge, in which the juvenile must be represented by counsel. The prosecutor’s office presents evidence at the hearing on the criminal matter and must prove guilt beyond a reasonable doubt. If found guilty, the juvenile could be sentenced to community service, a delayed or deferred disposition for up to a year, and/or up to a three-year probation or fines. A judge has wide latitude in adjudicating juvenile cases, with probation supervision being the typical disposition or probation with community service, restitution or ordered counseling. Probation violations result in reinstatement of the complaint and a judge’s determination of guilt and sentencing. Judges may sentence a juvenile to commitment to a state juvenile correctional facility, a state residential treatment program or a state residential substance abuse rehabilitation program for very serious criminal conduct.

If the delinquent acts are particularly egregious, such as aggravated assault resulting in a victim’s death, the juvenile is older than 14 and deemed unlikely to be rehabilitated within five years, the juvenile may be tried as an adult. In that case, the prosecutor files a waiver motion to determine probable cause for the waiver, meaning waiver of being tried as a juvenile. If successful, the juvenile’s matter goes from Family court to the adult criminal court system, where they face much more severe consequences. If sentenced as an adult, the juvenile may serve time in an adult or juvenile detention center. Juveniles may be released from custody after completing their sentence and placed on parole with juvenile parole officers monitoring compliance.

Contact a New Jersey Juvenile Assault Lawyer for Your Defense

If you are a juvenile facing assault charges or your son or daughter has been charged with assault in New Jersey, alleviate your stress by becoming informed. Contact a New Jersey juvenile defense attorney experienced in the juvenile justice system to advise you along the way of the juvenile court process and aggressively defend you against repercussions that could permanently damage a young person’s life and future. The lawyers at our firm represent minors facing a broad spectrum of juvenile charges for criminal offenses, including trespassing, burglary, criminal mischief, underage drinking, shoplifting, and juvenile marijuana charges. If you are in need of help with a juvenile case in New Brunswick, Morristown, Hackensack, Somerville, Paterson, Newark, or another town in New Jersey, contact us now at (201)-556-1570 for a free consultation.