Lawyer Needed for DWI in Little Falls? We Can Help

“A client hired us to represent him on a drunk driving (DWI) charge in Little Falls Court in Passaic County. After a long court battle, we were able to get the DWI ticket dismissed.” 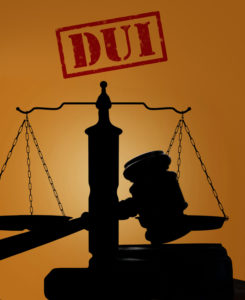 Have you been arrested and charged with DWI in Little Falls and you need an attorney? Contact us now for immediate assistance. The initial consultation is always provided free of charge.

Mr. Tormey, the managing partner and owner of the law firm, has lived in Little Falls for many years. He is very familiar with the court, judge, and police officers in town as he appears in the Little Falls Court defending clients facing serious criminal and traffic offenses on a regular basis. Here is a case he recently handled for a client there with great success.

The Tormey Law Firm recently defended a client against charges of Driving While Intoxicated (DWI) in Little Falls, NJ. The client allegedly registered a blood alcohol concentration (BAC) of .09 percent, slightly higher than the New Jersey legal limit of .08 percent BAC. As a result, he was charged with drunk driving. Although this was considered the client’s first DWI offense, he was still subject to severe penalties that included driver’s license suspension for a period of three months, a fine of up to $750, required attendance at alcohol education classes hosted at the Intoxicated Driver Resource Center (IDRC), and a possible 30-day sentence in the local county jail.

These were the facts of the case: Little Falls police found the client standing outside his vehicle, which was stopped on the train tracks in Little Falls, New Jersey. Local police had to call a tow truck because the car was stuck on the tracks. A short time later, the client was placed under arrest and charged with a first offense DWI.

When the client made an appearance in the Little Falls Municipal Court, which is located in Passaic County, to answer the very serious DWI charges, the State encountered multiple difficulties when it came to proving required elements of the case. For example, the prosecutor could not establish that Little Falls NJ police administered the Alcotest breath test on the client within a reasonable time after he had operated his car. Since police officers never actually saw the client seated in his vehicle at any point, they did not know when he had driven his vehicle or for what length of time it had been stuck on the railroad tracks in Little Fall NJ. Additionally, another issue for the prosecutor in the case was that the client’s car was deemed “inoperable” because it was stuck on the train tracks.

Travis J. Tormey and the knowledgeable DWI defense attorneys at the Tormey Law Firm raised these issues when filing a motion to dismiss the DWI charges due to a lack of operation of the motor vehicle. Mr. Tormey also filed a motion with the court to suppress the breath test reading. The Little Falls Municipal Court judge granted both motions, resulting in the dismissal of the DWI charges.

The client eventually pleaded guilty to a minor traffic violation of careless driving, leading to suspension of his driver’s license for 30 days. This was a fantastic result for the client and a huge victory for the Tormey Law Firm.