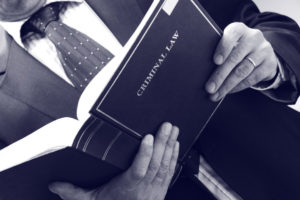 Your underage son or daughter was taken to the local police station and charged with disorderly conduct. No doubt you’re worried about what will happen to them. Will they go to jail? How will this impact their future? To ease your mind, you likely want to understand the offense of disorderly conduct and how these cases are handled in the New Jersey Juvenile Justice System. The following provides you with more information about what happens when a juvenile is facing disorderly conduct charges in NJ, what potential outcomes may occur in these cases, and how the unique nature of being a legal minor influences the process and penalties to which your child is now exposed.

If you would like to discuss a juvenile disorderly conduct case with an experienced NJ juvenile defense lawyer who can advise and assist you based on the specific circumstances and your individual goals and priorities, contact us at The Tormey Law Firm today. Our practice is dedicated to providing superior criminal defense in New Jersey and we have experience handling juvenile cases in courts statewide, including those in Bergen County, Morris County, Essex County, Passaic County, and Union County. When a juvenile disorderly conduct charge jeopardizes your future and threatens to derail your life, or you are worried about your child charged with disorderly conduct in NJ, call (201)-556-1570 to discuss your case and get help developing the best defense strategy.

Disorderly conduct charges are punishable by law as criminal offenses, though not technically crimes per se. If an adult is convicted of a petty disorderly persons offense for disorderly conduct, they face not only a criminal record that may prevent them from obtaining certain jobs, educational opportunities, certain professional licenses, and even citizenship, but a possible 30-day jail sentence along with a maximum $500.00 fine. An adult disorderly conduct case is typically handled in the criminal justice system of the municipal court local to the scene of the alleged offense. However, minors who are convicted for the same infraction are considered juvenile delinquents and prosecuted through the juvenile system in Family Court, a division of the Superior Court. Specifically, a juvenile charged with disorderly conduct will have their case heard in the Family Division of the Superior Court in the county in which they live, as opposed to the municipal court associated with the town where the disorderly conduct charge was issued.

Consequences of Disorderly Conduct for Juveniles in NJ

Compared with adult cases, police officers, prosecutors and judges have far more discretion to opt for counseling and rehabilitative measures, considering the best interests of the minor, over punitive ones. For example, an officer breaking up a fight between two minors on a public street may warn and release the minors at the scene, take them into custody for parental or guardian pick up, conduct a stationhouse adjustment, or file a complaint charging them with criminal behavior. In contrast, an adult may be arrested and/or charged with a crime, as a “best interests” consideration is not the overriding principle, so much as punishment. Both juveniles and adults may be arrested (adults) or taken into custody (juveniles) only if an arresting officer has probable cause to believe a crime was committed. Typically, juveniles facing charges are released to their parent or guardian after being taken into custody. Adults charged with crimes are more often detained pending arraignment or released on their own sworn promise to return to court for their next hearing.

At the dispositional hearing to decide guilt or innocence in a case involving juvenile disorderly conduct charges, the judge weighs a host of factors in making their decision, such as the minor’s age, prior convictions, circumstances of the crime, probable success of rehabilitation, individual needs and services received. Considering the entire picture, the judge could sentence the youth to a deferred sentence, fines, drug or alcohol rehabilitation, community service, probation, counseling, restitution, detention, or driver’s license suspension. First time offenders may be diverted to social services programs instead of the court system, such as family intervention assistance programs or substance abuse rehabilitation programs. Having an experienced juvenile defense lawyer representing you or your child is highly advisable when seeking to secure the best possible result. Whether through agreement with the prosecutor for a lesser sentence, enrollment in a program, a deferred disposition, or an effective defense to get the charges dismissed, you want a skilled NJ juvenile attorney advocating for your interests.

Speak with a NJ Juvenile Disorderly Conduct Attorney who can Help

When facing juvenile disorderly conduct charges in New Jersey, you have options. Before heading to court in Paterson, Newark, Hackensack, Morristown, Somerville, or Freehold, explore them with an experienced juvenile defense attorney at The Tormey Law Firm. Our team is well-versed in juvenile law and the unique rules and procedures in the New Jersey Superior Court, Family Law Division, and we are here to advise you every step of the way. Call (201)-556-1570 to review your case with a lawyer who can answer all of your questions in a free consultation.