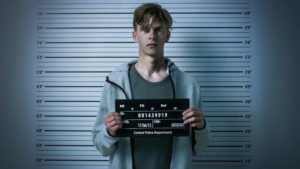 The key to New Jersey’s innovative and successful campaign to create a juvenile justice system that promotes rehabilitation over criminal punishment is using important motivators, such as society and family. The state’s Juvenile Detention Alternatives Initiative (JDAI) aims to continue eliminating juvenile detention center overcrowding and reduce the number of detained juveniles by diverting them to supervised programs that allow youth offenders to remain in their communities until their hearing dates. The idea is that fewer juvenile detentions and “in custody” holds mean less hopelessness and more support to help young people, who can rejoin their communities without further issues with law. Toward that end, the recent Attorney General Directive is aimed at guiding law enforcement toward fewer detentions for juveniles accused of offenses throughout the state.

What is a Curbside Warning in New Jersey?

The AG guidance lists five tools to achieve this effort, the first being a curbside warning for minor infractions and violations of municipal ordinances, such as loitering or violating curfew. They may also be used to warn young people to stop disturbing the peace when witnessed by an officer. By counseling the juvenile offender against further infractions at the site of the offense, rather than at the police station, the officer appears more like an adviser than a captor, fostering the juvenile’s trust in the officer’s warning as meaningful engagement, not a one-sided authoritarian punishment.

When can a Juvenile get a Stationhouse Adjustment at the local police station?

Along the same lines, the stationhouse adjustment is meant to steer the juvenile from detention through meaningful support systems. It is especially appropriate for first-time offenders accused of lesser offenses, such as disorderly persons offenses and petty disorderly persons offenses. By calling in family and community support to collaborate on a solution without formal charges being filed, an accused minor is empowered to resolve minor infractions with a team aimed at compromise and responsibility. The collaboration ends with a written agreement promising that the juvenile, victim, and family or support system will cooperate to see certain acts accomplished, like:

Minor infractions include actions constituting no worse than a fourth degree crime if they were committed by an adult and do not involve violence or drugs (controlled dangerous substances CDS). Moreover, the written agreement acknowledges that violating its conditions could lead to criminal charges being formally filed.

What leads to formal criminal charges against a juvenile in NJ?

More serious offenses require stricter consequences. Formal charges in the form of complaint-summonses, which allow juveniles to stay out of detention while awaiting their court hearing, may be issued and served on the juvenile within five days. Then, after the juvenile is processed in the system, they await their first hearing. The alternative is a complaint-warrant, which leads to juvenile detention and is used in only the most serious cases. Unlike the complaint-summons, the complaint warrant must be issued by a judge or through Juvenile Intake Services, where a risk assessment tool is used to determine whether a juvenile should be held in custody.

Mandatory complaint-warrants are issued for serious offenses that would be third degree, second degree, or first degree offenses if committed by an adult. The Initiative encourages law enforcement to resort to the complaint-summons by default, enforcing the presumption that juveniles are not detained in custody before their trial unless a judge allows it. However, a judge may order detention if the accused has a failure to appear history and would otherwise pose a threat to their fellow citizens if released.

Further diverting a juvenile accused of a crime in New Jersey

Finally, the fifth mechanism allows officials to direct youth offenders to rehabilitative programs even after they have been charged. This may be accomplished through the various conferences, committees and units that oversee diversionary programs. Program options to avoid the juvenile having a record are another recommended initiative tool providing more alternatives to juvenile detention and the many adverse effects of being formally adjudicated delinquent in New Jersey.

This initiative clearly encourages community support, authority guidance, and rehabilitative diversion over locking up young people alleged to have committed criminal offenses and other infractions. Overall, the Attorney General’s Office is providing expanded options and consideration for supposed juvenile offenders, while balancing the competing community protection and personal accountability priorities. And though prosecutors and police officers have wide latitude in recommending diversion over detention or stationhouse warning over formal charges, they must exercise such discretion without personal biases and prejudices. For example, an officer may formally charge a person under the age of 18 for dangerous activity that is not illegal, something typically warranting a curbside or stationhouse warning, when the officer suspects the juvenile is involved in more significant illegal activity or has other complaints charged against them. Nevertheless, these discretionary decisions must be based on reasonable belief. To assist law enforcement officers with their determination, the Juvenile Central Registry contains the names of juveniles who have run ins with the law, along with their history in the juvenile system.

What happens when the juvenile is charged?

When a juvenile is charged, officials check the Registry, and, if the suspect is over 14, they fingerprint and photograph the young person. DNA samples are collected for those charged with specific offenses that would be second or first degree adult crimes or attempts of those crimes, such as aggravated assault, sexual assault, and other types of assault charges against juveniles. This is similarly applicable to endangering the welfare of a child, luring, and other offenses against children, kidnapping, murder, criminal sexual contact, and manslaughter. All of these charges require complaint-warrants.

All interactions with juveniles, however, are to be documented with probable cause reports and other reports filed by officers. And to make handling of juvenile cases more uniform across the board, the state’s electronic complaint filing system now includes juvenile records. In addition, on-call prosecutors give pre-charging advice, approval, and instruction so the Prosecutor on the case may not have sole discretion to charge or detain a juvenile, a check on bias. However, juveniles may be held in custody for no more than six hours before they must be released or taken to a detention facility.

What if the juvenile is held in detention?

Whether a juvenile should be further detained is determined at a pretrial detention hearing. Taking into consideration the juvenile’s danger to the community or likelihood of appearing at future hearings, and the juvenile’s age, connections with the community, history of offenses and non-appearances, and the nature and circumstances of the committed offense, a judge decides to hold or release a juvenile. A probable cause hearing follows two days after to evaluate the facts relied upon to detain the youth, with periodic follow up reviews. So long as juveniles are not violating terms of their release, impeding the judicial process by witness tampering and other impediments, nor committing further offenses, the juvenile should remain in the community. If detained, their case should be brought to disposition and they should be released when their term is up. Post-detention diversion is still available to those that qualify. In the case of formal court proceedings, the juvenile will need a lawyer who can aggressively represent and defend them before the Juvenile Judge.

My child has been accused of an offense in NJ, What can I do?

Parents facing the juvenile system inevitably feel overwhelmed. It is incredibly disconcerting as your child, accused of violating the law, faces the unknown. Will they be taken into custody? What happens at a juvenile hearing? So many questions plaguing concerned parents can be answered with qualified counsel by an attorney who knows the New Jersey Juvenile Justice System inside and out. An experienced New Jersey juvenile defense lawyer well-versed in the ways that juvenile charges and court proceedings work can allay your fears and justifiable worries about your child, educating you about New Jersey juvenile laws, especially the policy statements and directives that mandate officials to treat juveniles with an eye toward rehabilitation and compassion rather than punishment and condemnation.

With so many ways to help juveniles in the Attorney General’s Initiative and the juvenile system overall, an experienced criminal defense lawyer handling juvenile cases in New Jersey can assist your family with proving that your son or daughter did not commit the crime alleged, or is a good candidate for rehabilitation and alternatives to juvenile delinquency punishments. At The Tormey Law Firm, our attorneys aggressively advocate for diversion over detention and outcomes that best serve our juvenile clients’ interests, as opposed to allowing the punitive criminal justice system to jeopardize their good standing in the community. By safeguarding the youth against bias, unfair practices, insufficient evidence, and overzealous prosecutors, we can help to ensure that your child gets the fair shot they deserve now and in the years to come. Don’t let a minor event or misunderstanding negatively impact your child or leave them with a juvenile record. Call (201)-556-1570 for a free consultation about your particular juvenile criminal case.