Rights of a Juvenile Defendant in New Jersey

Protections Afforded to Juveniles Charged with Criminal Offenses in NJ 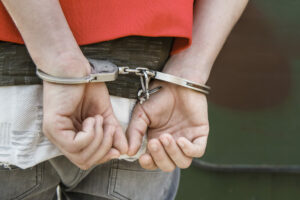 Just because someone is underage does not mean they have fewer protections under the law. In fact, those deemed juvenile delinquents have nearly the same constitutional rights as any other citizen of the United States and, in addition, a judicial court system that tailors to their needs. Juvenile proceedings in New Jersey are not part of the general criminal justice system, but the Juvenile Court System in Family Court. Although they share the most of the same protections as adults, the sentencing and judicial process differ from those of adults, and there are a few key things missing from a juvenile defendant’s rights when compared to an adult criminal proceeding. In addition, the Family Court takes on a protective role to help juveniles reform. Still, juveniles get prosecuted for crimes in Bergen County, Morris County, Essex County, Passaic County, Hudson County, Middlesex County, and other counties throughout the state of NJ on a near-daily basis. If your son or daughter finds themselves among those charged with criminal offenses, talk to a knowledgeable juvenile criminal defense attorney at The Tormey Law Firm to protect your minor child’s rights under the law. You can be sure your child gets a fair hearing and treatment by doing so. The lawyers on our team provide free consultations day and night to best meet your needs. Contact (201)-556-1570 to talk to a lawyer about your minor’s criminal case.

What are the Rights of the Accused in a Juvenile Case in New Jersey?

Minors and adults alike have rights to due process. It is important for both a juvenile charged with a crime, and their parents or guardians, to know about their charges and other rights.

First and foremost, juveniles have the rights to privacy and notice under the constitution. For example, that means the police must explain to an underage youth caught vandalizing and starting fires while trespassing on school property which laws they violated and the reason for their arrest.

Like any other individual, a juvenile has the same Fourth Amendment protections against unlawful searches and seizures. And per the fourth amendment, the state may not use any evidence of crime found on the person or their vehicle upon arrest to convict the youth. Under the Fourth Amendment’s exclusionary rule, such illegally obtained evidence is inadmissible evidence. The exclusionary rule prevents the state from using evidence the police acquired through an unreasonable search or seizure in violation of the constitution.

Furthermore, when the police take a juvenile to the police station on probable cause suspicion the youth is delinquent, they can do so without a warrant. Since police take a juvenile into custody for the minor’s protection, the detention is not so much an arrest as a return to their parents or guardians. The police file the complaint against the juvenile and the court sets the first hearing date. Typically, a juvenile goes home or to one authorized to ensure the youth returns to juvenile court for their next hearing date, with their parents, guardians, or foster parents. But the police may release them if they are 14, the crime is not severe, they confirm the youth’s address, and parents or guardians cannot be located. However, when a juvenile remains in custody, a juvenile court judge conducts a probable cause hearing to assess whether law enforcement had reasonable grounds to suspect the arrestee was involved in a crime. When a judge finds no probable cause or insufficient cause, the state cannot detain a juvenile and must release them.

The state may not compel juveniles to testify and incriminate themselves. The Fifth Amendment protects people from self-incrimination, including minors. Since they are subject to detention in juvenile centers, the state must afford them Fifth Amendment protections that do not jeopardize their freedom. As such, a court or prosecutor may not force a juvenile to testify in court about the charges against them, and police may not interrogate a youth in the absence of their parents or attorney. However, if the juvenile refuses to give their name and address, the police may question the minor without their parents.

Like adults, minors have the Sixth Amendment right to an attorney and the Sixth Amendment right to cross-examine witnesses. When taken into custody, their Miranda rights are the same as anyone else’s, with few exceptions, and the police must advise them of their rights to representation and refrain from incriminating themselves. Every minor has the right to an attorney in New Jersey. From beginning to end of the juvenile proceeding, an attorney assists a juvenile and their family. If they cannot afford one, the state provides a public defender. Otherwise, the juvenile’s family hires their attorney. An attorney is critical to protecting the juvenile’s rights and defending against any charges that may end up on a record of arrest and prosecution (RAP) sheet. Though sealed, juvenile arrests and prosecutions remain on a RAP sheet that judges and prosecutors can see. It may affect a juvenile’s life later if they are in the judicial system again. Thus, an attorney to defend a juvenile, prevent delinquency adjudication and promote dismissal when appropriate is indispensable.

What Due Process Rights do Juveniles Not Have?

They are not entitled to a jury trial or bail since a court does not adjudicate them as criminals, but as delinquents. The family court aims to help juveniles reform and rehabilitate, turning their lives around before they become adults subject to the criminal justice system and possible criminal convictions that can ruin their lives. Thus, the courts take on a paternal role of looking to each individual and supplying them with what they need to avoid further legal trouble. Counseling and other resources that educate and guide juveniles are appropriate sentences for many juveniles, while others need stricter, supervised programs or detention to punish, educate, and hopefully reform them. Juvenile courts handle teenage crimes ranging from vandalism to murder, so the sentencing differs with each crime and circumstance. Often more minor offenses lead to a release to parents, though the court can issue fines, a treatment plan, or juvenile detention. As such, the guarantee of a trial by jury is inapplicable since family court judges have different aims and roles than a state criminal court judge.

What is the Effect of Juvenile Convictions?

Another difference from the adult criminal justice system is the effect of convictions. A criminal conviction becomes part of an individual’s criminal record in the adult world. It follows them wherever a background check is a prerequisite to jobs, housing, or education. Juvenile courts seal their records, so a conviction does not appear on a background check. They are not public records. However, in the interests of public protection, severe crimes like sexual assault and murder, can be a criminal matter in the criminal justice system. A judge may permit a waiver to adult criminal court, so the juvenile is tried as an adult with an adult record or conviction unless they can prove they can rehabilitate before reaching 19 with juvenile court resources. When tried as adults, juveniles have constitutional rights that the state must equally respect.

We can Protect Your Juvenile’s Rights when Facing Police Investigation, Detention, and Prosecution in NJ

Young people and law enforcement alike, make mistakes. With their whole life ahead of them, they do not want to have an error on their part, those on police’s or the state’s part, to haunt them for the rest of their lives. If your child is facing juvenile charges in New Jersey because they allegedly stole something, possessed drugs, or graffitied public property, contact a qualified NJ juvenile lawyer experienced in juvenile justice and defense, to protect their constitutional rights. As soon as you are aware of an arrest, arrest warrant, or summons to appear in court, get legal representation to avoid compromising your child’s rights. The criminal defense team at The Tormey Law Firm represents minors charged with criminal and underage DWI offenses in courts throughout New Jersey, including in Elizabeth, Hackensack, Morristown, Paterson, New Brunswick, Jersey City, and Newark. Contact (201)-556-1570 for a free legal consultation about your juvenile case.