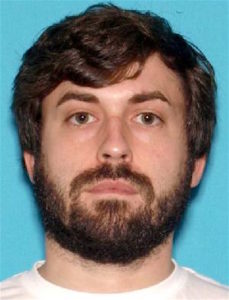 An ex-teacher at a high school in Mahwah, NJ faces sexual assault charges after investigators determined that he had sex with one of his underage students. The suspect in the sex crime case, Joshua Green, is a 33-year-old resident of Clifton in Passaic County, New Jersey. Green has been accused of sexually assaulting a student while he taught art at Mahwah High School in Bergen County in 2015. The Passaic County Prosecutor’s Office, the Bergen County Prosecutor’s Office, and NJ law enforcement authorities launched an investigation into Green after receiving information that he allegedly sexually assaulted the victim in May 2015.

The official police investigation reportedly involved interviewing the alleged victim. The victim reportedly told police that she got intoxicated after Green provided her with alcohol at his residence in Clifton, New Jersey. Ultimately, authorities concluded that Green kissed the victim at his Clifton home and then had sex with her in June 2015. Green was recently placed under arrest and charged in connection with the alleged sex crimes.

Severe Penalties for a Sexual Assault Conviction in New Jersey

Green has been charged with numerous sexual offenses, including sexual assault and endangering the welfare of a child. He also faces criminal charges for official misconduct because he was employed as a New Jersey public school teacher at the time of the alleged sex crimes. If Green is convicted on the most serious charges of sexual assault, a second degree felony in NJ, he would be subject to severe penalties that include 5-10 years of prison time and a requirement to register a convicted sex offender under Megan’s Law. A conviction on all of the charges could lead to a term of incarceration of 25 years in New Jersey State Prison.

Green taught “Design & Illustration” and other art classes at Mahwah High School until June 2016, when he left his teaching job with the school. He reportedly works as a graphic design teacher at Plainfield Academy for the Arts and Advanced Studies in Plainfield, NJ. However, his current teaching position at a school in the Plainfield Public School District would likely be in jeopardy if he is convicted of a sex crime. In fact, according to the interim superintendent of Plainfield Public Schools, Green is on administrative leave and has not been on campus since being arrested on the sexual assault charges.

Charged with sexual assault in Mahwah, Fort Lee, Hackensack, or somewhere else in Bergen County, New Jersey? You need to speak with an experienced criminal defense attorney at the Tormey Law Firm today. We can help you fight your charges and avoid prison. Contact us now to discuss your case.