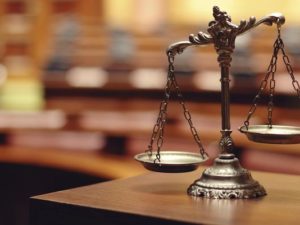 A New Jersey Appellate panel recently reversed the ruling of a Superior Court judge who ordered a pregnant woman charged with robbery and aggravated assault released pending the resolution of her criminal case. In its decision, the Appellate Court clarified that pregnancy should not be given more weight than other factors during pretrial detention hearings under New Jersey’s new bail system.

On Friday, a three-judge Appellate Division panel issued its decision in the case of 20-year-old Imani Williams, who was charged with second-degree robbery, N.J.S.A. 2C:15-1(a)(1); second-degree aggravated assault, N.J.S.A. 2C:12-1(b)(1); and disorderly persons theft by unlawful taking, N.J.S.A. 2C:20-3(a) in connected with an alleged incident that occurred earlier this year.

According to the victim in this case, Williams and another person jumped her from behind, pushed her down, punched and kicked her, and stole money from her purse. After being charged, Williams was evaluated on the Public Safety Assessment Scale under New Jersey’s bail reform system. Under the new bail system, defendants are assessed based on the risk they pose to the community, their likelihood to engage in criminal activity while out of jail, and the potential that they will fail to appear in court. This replaces the previous bail system, which was based primarily on whether or not the defendant had the money to pay bail.

In Williams’ case, she scored high for failure to appear, risk of violence, and potential for new criminal activity. According to prosecutors, she has a juvenile record and a history of failures to appear for scheduled court dates. When evaluating her case, a Superior Court Judge in Burlington County’s Criminal Division ruled that Williams should be released pending trial. She was eight weeks pregnant at the time.

After the Prosecutor’s Office took the case up on appeal, the Appellate Division ruled that pregnancy was given undue weight during the pretrial detention determination. They ordered Williams to be held in detention pending the resolution of her most recent aggravated assault and robbery case. In their opinion, the judges explained, “Pregnancy, like any other medical condition, is only considered for its impact on the risk of a defendant posing a danger to the community, obstructing justice or failing to appear in court.” They went on to say the judge in this case “elevated defendant’s medical condition of pregnancy above all of the other pertinent factors.”

Now, Williams will remain in jail pending trial. She is facing significant penalties if ultimately convicted, particularly because two of the charges are crimes of the second degree. For example, a second degree robbery charge is punishable by between 5 and 10 years in NJ State Prison. Plus, robbery is governed by New Jersey’s No Early Release Act, which requires the defendant to serve 85% of the sentence imposed before becoming eligible for parole.

Beyond the defendant in this individual case, the recent ruling spells implications for all defendants charged with crimes while pregnant in New Jersey. Although one might assume that being pregnant should be a more significantly-weighted factor during bail hearings, the Appellate Division gave a decidedly different perspective.

Need Help Getting out on Bail in New Jersey?

If you are dealing with a criminal case or bail matter in New Jersey, it is crucial to present a compelling argument for your release. At The Tormey Law Firm, our experienced NJ criminal defense lawyers have successfully argued countless bail motions on behalf of clients in Bergen County, Morris County, Essex County, and across the state. We provide free criminal case evaluations, so call (201)-556-1570 today to discuss your case and receive a free consultation.

For additional information related to this case, access the following article: Court Says Pregnancy Not Overriding Factor in Bail Determination