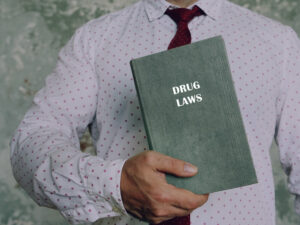 Drug possession in Hackensack, New Jersey, is treated as harshly as some other serious crimes, with varying degrees of criminal liability. Whether you are caught with dangerous illicit drugs, commonly found among users and dealers on the streets, or with prescription drugs without a prescription, you could be in for a long, arduous march through the criminal courts. You do not have to walk alone, however. An experienced criminal defense attorney at The Tormey Law Firm who regularly defends clients in the Hackensack courts can make a substantial difference in the outcome of your case. With local offices in Hackensack, our lawyers have spent over a decade defending clients charged with drugs such as cocaine, heroin, MDMA, methamphetamine, Adderall, LSD, and many other controlled dangerous substances. Actually, our office is essentially across the street from Hackensack Municipal Court and a few blocks from the Bergen County Superior Court, so we spend a substantial amount of time actively engaging in the criminal defense process in these courtrooms. If you have been arrested and charged with drugs in Hackensack, call our law office now at (201)-556-1570 for a free consultation or reach out to us online for help and sound legal guidance.

Say you were arrested for drug possession. You had a small baggie filled with what appeared to be heroin in your car. You were then arrested and charged with possessing a controlled dangerous substance (CDS), under N.J.S.A. 2C:35-10. Or perhaps you had a half bottle of Xanax with someone else’s name on the bottle label and prescription. You may be facing charges for N.J.S.A. 2C:35-10.5, which applies specifically to prescription legend drugs. Regardless of the scenario, the police said you had drugs in your possession illegally, you were charged accordingly, and now you’re left to handle the fallout in court. After you were fingerprinted and the paperwork processed, you were released and ordered to appear at your next hearing. This is an ideal time to contact an attorney who can assess the facts leading up to your arrest and all of the evidence. A knowledgeable and experienced Hackensack drug possession lawyer will assess what can be done to best fight the charges that you possessed CDS.

Possession is defined as the drugs being on your person or under your control. So, if the cocaine was in your coat pocket, that is possession under the law. If the police found the bottle of Oxycontin in your car or in your house, they could assume the medication was under your control, meaning you could use what was in the bottle or give it to someone else. However, if the police found the drugs in your kitchen or a room you share with your roommates, possession is not as clear. A prosecutor could make a case that you constructively possessed the drugs since it was in a communal area, in the open, accessible to anyone to use or do what they wanted with it.

Your intention or ability to control the drugs must be indicated by the circumstances in order to support charges against you for possession of the drugs involved. In the absence of actual physical possession, the prosecutor may make a case for shared possession, that you and your codefendants possessed the illegal drugs. If no one takes responsibility for drugs in a shared space, this may lead police and prosecutors to infer that you and everyone else had knowledge and control of them. After proving possession, the state must show that the substance was, indeed, a type of CDS.

Charged with Felony Drug Possession in Hackensack, What are the Penalties?

According to state law, it is illegal to knowingly possess a controlled dangerous substance (CDS) or an analog without a valid prescription or other professional or authorized reason to have the drugs (N.J.S.A. 2C:35-10). The crime grade depends on the drug and where it falls on the CDS schedule. Most drug possession charges for Schedule I, II, III or IV drugs, like cocaine, heroin, and ecstasy, are third degree indictable crimes. Schedule V drugs can lead to fourth degree crime convictions.

Common pharmaceuticals for which people end up arrested include: Adderall, Fentanyl, Diazepam, codeine, Vicodin, Morphine, Oxycodone, Xanax, and Valium. In these cases, much depends on the amount and intended use when it comes to the possible sentence for conviction. You may be charged with a fourth degree crime if you have five or more doses of an unprescribed prescription drug. And the degree of the crime increases with the number of doses, as law enforcement will often charged you with intent to distribute if you have a substantial amount. For example, 100 doses or more may lead to charges for a second degree crime.

Notably, if a person gets arrested and has larger quantities of a drug, then they may be charged with drug distribution or possession with intent to distribute, in which case the penalties after conviction include longer prison times and higher fines. Other laws to be aware of that can compound the fines and penalties on top of straight drug possession include:

Possessing drug paraphernalia, the instruments and tools used to ingest, inject, smoke, or otherwise introduce drugs into the body, is a disorderly persons offense. Being under the influence of a drug is also a disorderly persons offense, as is failing to make lawful disposition of drugs to law enforcement. A conviction comes with up to six (6) months in jail and a $1,000.00 fine. And possession of illegal drugs with intent to sell in a school zone could lead to additional third degree felony charges with a presumption of prison time attached.

With an experienced attorney, you can often challenge the prosecution’s case against you. They must prove you had a CDS, which they verify by laboratory testing. They must also prove the CDS was yours, actually or constructively under your control. The state must further prove the drugs were possessed illegally. On the other hand, a solid defense lawyer can raise questions about the legality of any procedures the police did not follow to the law in stopping, questioning, and arresting you or confiscating the drugs in question. And if it is your first offense, your attorney can help you get enrolled into a diversionary program instead of prison and a conviction, whether it be Drug Court, Pretrial Intervention, or the Veterans Diversion Program if you are a veteran.

At the end of the day, you want a legal professional on your side who can advise you on how to best proceed and aggressively go after the most effective way of defending you before the court. A local attorney is also advisable because they are familiar with the Bergen County Superior Court, where indictable crimes are prosecuted, and Hackensack Municipal Court, where disorderly persons offenses are resolved.

A drug possession charge is not something to risk on chance. Consult a talented Hackensack drug possession defense lawyer at The Tormey Law Firm who can answer all of your questions and provide personalized advice and assistance moving forward. Please contact our local Hackensack office anytime at (201)-556-1570 if you would like a free consultation.

« The In's and Out's of Public Safety Assessments in New Jersey
Parole or Probation: Key Considerations for Criminal Defendants »