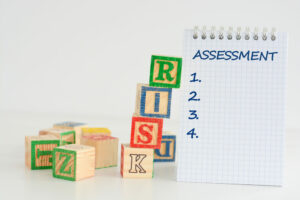 If you are arrested and a criminal complaint is filed against you in New Jersey, your release from jail pending your trial is up to a judge. That is, if you are not released after being processed at the police station. If you are kept in jail following your arrest, you must appear before a judge for a bail decision. But the judge does not use their discretion alone. They rely on certain criteria to help them decide whether you should be released from jail. Primarily, the court wants to be sure that you will return to court on the next scheduled hearing date so that the criminal proceedings proceed to a conclusion. They also want to make sure that you are not a risk of committing any further crime or endanger anyone while you are released. In ordering your release or further detention, the state relies in part on a Public Safety Assessment (PSA) prepared by the court’s pretrial services to inform their decision.

To calculate risk, the PSA evaluates nine factors, including an accused’s age, nature of the offense charged, other charges against the accused, prior convictions, violent crime history, failures to appear in court recently and more than two years ago (only for pre-trial proceedings, not post-conviction hearings), and prison term history of two weeks or more (for one sentence, not an aggregate two weeks for several offenses). All factors paint a portrait that helps a judge decide. So, for example, a judge may look at a 20-year-old with no violent offenses in their history or currently, differently from a 40-year-old with a history of inflicting physical injury or domestic violence on others, even if the current incident is non-violent. Young adults may not be as hardened into a criminal lifestyle as an older person with a violent criminal history, at least in the eyes of the law. One would seem more likely to commit future harm to society if released, or require stricter monitoring upon release with a lengthy record, for example.

Each of the nine factors is scored from one to six; the higher the number, the higher the risk is for that factor. Juvenile records, domestic violence restraining orders, traffic violations, ordinance offenses, and petty disorderly persons offenses are not considered in the calculation. So, for example, if a 26-year-old defendant has five to ten prior criminal convictions, their score for that factor is probably high, indicating that the defendant may be a flight risk or likely to commit more crime while released. And if that prior criminal behavior included violence, the defendant’s score is likely to be high, giving a judge more of a reason to keep the defendant incarcerated. Use of force to hurt someone or threaten to hurt them, such as in manslaughter, aggravated assault, kidnapping, murder, human trafficking, sexual assault, robbery, terrorist threats, and carjacking, is the violence that gives judges pause or even a mandated need to detain the defendant during the criminal process. In other words, the PSA considers violence that is intentional and injurious a high-scoring or flagged factor. Convictions must be final and not deferred pending completion of probation or other diversion programs in order to be considered.

A violent crime history, past failures to appear in court, and an escape conviction are ranked high in the PSA or noted when calculating risk. Depending on a defendant’s answers to Pretrial Services questions, the PSA is generated and run through a computer that calculates the score based on percentages of risk of failure to appear in court for further hearings and risk of committing new crimes if released. Thus, if the state reviews the PSA and finds high-risk percentages, their recommendation may be influenced by that score. Taking into consideration the PSA, the judge decides based on a Decision-Making Framework (DMF) designed to guide judges on when it is appropriate to release an accused from jail pending further proceedings and how much monitoring the defendant should have while released.

What Counts Against Someone for a PSA Score?

Typically, the recommendation is for release unless the charges are severe, such as murder or leading a drug trafficking network. If, after tallying up the PSA, the score reveals a high risk of future failure to appear at a scheduled hearing, a high risk of new criminal activity, and a high risk of new violent criminal activity, the picture does not look good for the accused’s release. Also, the gravity of the current charge and potential sentencing, such as life in prison for murder, factors in heavily. If the charge involves violence and the defendant has a history of violent crime or the defendant has several other pending charges, the recommendation may not be for release.

Two or more prior arrests with pending charges also lean toward no release. Pending charges can be any type of charge after an arrest from arraignment, pre-trial, or trial. And if the current charge involves grave bodily harm and weapons, the likelihood of release also goes down. Other considerations are whether the charge is subject to NERA (The No Early Release Act), so that the defendant must serve a mandatory minimum sentence before being released from prison, whether any weapons under the Graves Act were used in the commission of the crime, or whether a firearm was used to commit a drug crime.

The framework is nuanced to tip in favor of release; release with a certain level of monitoring; or no release on a plus or minus configuration. In other words, more monitoring or no release for flag factors like violence, weapons, and sentencing extremes.

If released, a defendant may be subject to pre-trial monitoring, which ranges in intensity from no monitoring to electronic monitoring through a device that tracks the defendant’s location. So, if a defendant is released, they may be required to report their whereabouts once, twice, or four times a month, or personally appear to report in. The highest level of monitoring includes weekly reporting and ankle bracelet monitoring.

Ultimately, a release, release with monitoring, or non-release is up to the judge in a criminal case. Otherwise, the defendant remains in jail until further hearing or trial. And yet, the defendant has the opportunity to present themselves in the best light before a judge makes a decision about their continued detention or release. This is why engaging the help of a seasoned criminal defense attorney is so important when it comes to handling your pretrial hearings and the case overall. What you need is someone on your side who knows what the state looks at and looks for, what counts against you, and what can be done to successfully demonstrate your good candidacy for release and minimal monitoring conditions.

If you have been arrested and are waiting on a bail determination, or someone you love is facing the same thing, contact the criminal defense attorneys at The Tormey Law Firm right away. You can reach us at (201)-556-1570 for a confidential zero-cost consultation with an attorney 24/7.