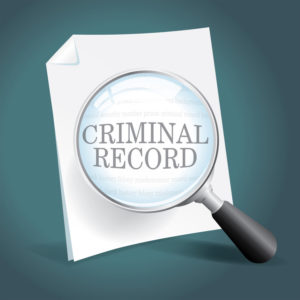 In a recent case involving a Drug Court expungement, a New Jersey court ruled that even if the defendant was convicted of a prior offense during the period of special probation in Drug Court, he is still eligible to have his entire criminal record expunged after completing the New Jersey Drug Court Program.

In the aformentioned case, State v. K.S., the defendant successfully completed Drug Court and did not commit any new offenses during the period of special probation. Prior to his enrollment in the Drug Court Program, he was convicted of five criminal offenses, none of which were eligible for expungement under New Jersey law, including 2 violations of probation and drug court special probation. He was also charged with 2 new offenses, fourth-degree theft by unlawful taking and hindering apprehension, before his Drug Court sentencing. However, he was not convicted on the theft and hindering charges until after Drug Court special probation began.

Once he successfully completed Drug Court, was discharged, and applied to have his criminal record expunged, the State rejected his expungement petition, arguing that he was ineligible because he was convicted of a crime during the period of special probation. Under New Jersey’s expungement law, a person is not eligible for an expungement after Drug Court if they are “convicted of any crime, or adjudged a disorderly person or petty disorderly person, during the term of special probation.”

After considering the arguments in this case, the Court decided that the defendant was still eligible for an expungement because the offenses were committed prior to his enrollment in Drug Court, not during it. In other words, even if the legal process delayed his conviction until after he was already serving the period of special probation, he should not be punished. Further, the Court ruled that criminal offenses which cannot be expunged will remain the same, no matter when they are committed. They granted the expungement petition, with a special provision that it will be null and void and he will no longer be eligible for an expungement if he commits any additional offenses moving forward.

Expunge a Criminal Record after Drug Court in New Jersey

New Jersey legislators passed an extremely significant amendment to the expungement statute in April of 2016, allowing certain individuals who successfully complete the NJ Drug Court Program to expunge their entire criminal record once they finish special probation. The purpose of Drug Court is to promote the rehabilitation of criminal offenders who commit non-violent crimes while dealing with substance abuse issues. As such, New Jersey expungement law now allows a person who submits to the rigorous Drug Court Program special probation to erase their entire criminal history, no matter how many arrests, charges, or convictions are on their criminal record at the time they enroll. There are exceptions to this however, in that crimes which are not eligible for expungement will still not be eligible to be expunged.

For those who do not commit any felony, disorderly persons, or petty disorderly persons offenses during the Drug Court period of special probation, they can petition the Court to expunge their criminal record, regardless of how lengthy it is, and with no waiting period that applies to other forms of expungement. In other words, if you are convicted of eligible offenses such as shoplifting, disorderly conduct, possession of marijuana, burglary, or others, and you subsequently complete Drug Court in New Jersey, you may be eligible to expunge all of this from your criminal record and start fresh with a clean slate. Based on the most recent decision, New Jersey expungement law also allows you to expunge a conviction of an offense committed prior to Drug Court enrollment, even if you are found guilty during special probation.

If you are granted a Drug Court expungement and are subsequently convicted of any crime following discharge from special probation, the full record of arrests and convictions will be restored to public access, and you are barred from an expungement in the future.

If you completed the New Jersey Drug Court Program and you are seeking to have your criminal record expunged, our New Jersey expungement lawyers can help. Contact our offices at 201-556-1570 to discuss your specific situation, your potential eligibility for an expungement, and the process of erasing your criminal record. We are available anytime to answer your questions and consultations are always provided free of charge.