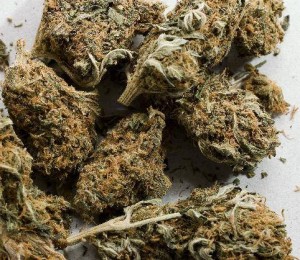 In a recent case handled by Christopher Perry of The Tormey Law Firm, our client was charged with Possession of Marijuana and Possession of Drug Paraphernalia, both disorderly persons offenses that carry penalties of up to 6 months in jail. He was also charged with motor vehicle offenses, including Operating a Motor Vehicle While in Possession of a Controlled Dangerous Substance, an offense that carries a two-year license suspension if convicted.

Our client was operating his car when he made an illegal u-turn while being observed by a police officer. During the subsequent traffic stop, the officer smelled the odor of marijuana coming from the vehicle, giving him the authority to search the vehicle under New Jersey law. During that search, the officer was able to find several small marijuana cigarettes and several items used for the smoking of marijuana.

A resident of Maryland, our client was unable to make regular trips to northern New Jersey to appear in court, so Mr. Perry was able to appear on his behalf several times during the pendency of the case. Through careful use of New Jersey case law and analysis of the case, Mr. Perry was able to successfully convince the prosecutor and the Court to amend the criminal charges to a single local ordinance violation, on the same level as a littering ticket or noise violation. The traffic ticket requiring suspension was also dismissed, allowing our client to pay a small fine and save any offenses from posting to his criminal history as convictions. Additionally, Mr. Perry was able to resolve the case without our client having to appear in court a single time. Our client was also saved from having to utilize the Conditional Discharge Program, a one-time diversionary program in New Jersey that would have allowed him to avoid having a conviction. Had our client been required to enter that program, it would have taken 6-12 months to have the case dismissed, during which time he would have been required to submit to drug tests and pay over $800 in fees.

The outcome in this case was a huge win for our client and for The Tormey Law Firm. If you or anyone you know if facing these or similar charges, make sure you call The Tormey Law Firm for a free consultation at 201-556-1570 about your case. As this particular case shows, every option must be explored by attorneys who practice criminal law on a daily basis in order to ensure the best possible outcome for your case.