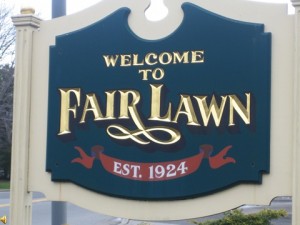 A Fair Lawn NJ man was arrested after allegedly leaving the scene of an accident in Michigan and then leading police on a high-speed pursuit.

The accident occurred during the late-night hours in Michigan. According to authorities, the New Jersey man was involved in a car crash in Jackson County, MI.

The suspect then allegedly fled the scene of the accident and continued driving. He reportedly led Michigan State Police on a car chase on M-60, a major Michigan state highway.

Michigan Sheriff’s deputies with the Calhoun County Sheriff’s Office eventually slowed down the suspect’s car by placing “stop strips” on the roadway. The strips worked by flattening the tires on the suspect’s vehicle. The suspect continued driving for three miles, but he came to a stop when his car was surrounded by police officers.

According to officials, the suspect got out of his car and tried to flee on foot. Police officers quickly surrounded the suspect and placed him under arrest.

The 40-year-old man, who lives in Fair Lawn, New Jersey, has been charged with multiple crimes, including fleeing the scene of an accident, eluding police, resisting arrest, and obstruction of justice.

Although the suspect faces the criminal charges in Michigan, he may be counting his blessings because he would be subject to very severe penalties if he was charged in New Jersey. For example, N.J.S.A. 2C:29-2 typically classifies eluding police as a third degree felony. This means that a conviction for eluding law enforcement in NJ could result in a sentence of 3-5 years in New Jersey State Prison.